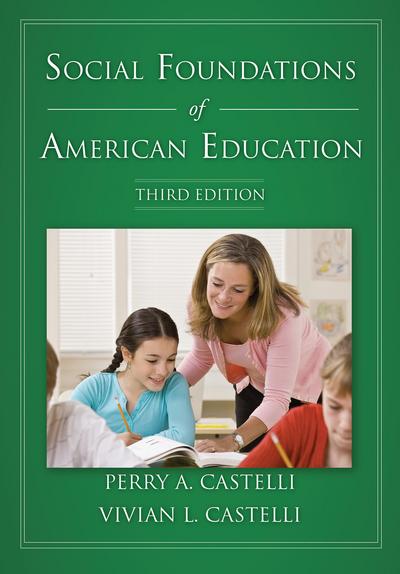 Social Foundations of American Education, Third Edition, is an analytical examination of the essential pillars of American Education which assists students and teachers to advance the role of an educator from that of a technician, maintaining the status quo, to a full professional, one who acts as a change agent in society by critiquing and improving humanity. Utilizing a critical theorist approach, this text raises the significant question: whose future, story, and interests does the school represent? Through the analysis of the foundations of education, the Castellis articulate how formal schooling has functioned as a sorting mechanism shaped around the categories of race, gender, class and ethnicity. In addition, they contend that the actual experience of empowerment for the vast majority of students should become the defining feature of the school