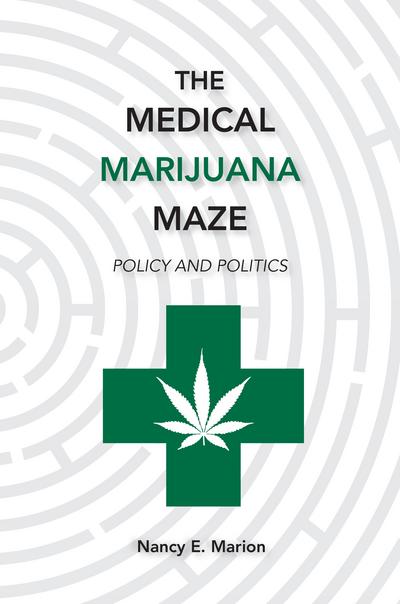 The use of marijuana as medicine is a controversial topic in the US and around the world. While the US federal government continues to criminalize marijuana use, possession and distribution, many states have made it legal as a treatment for numerous medical conditions. As a result, the debate over whether it has recognized medicinal uses rages on. In The Medical Marijuana Maze, the intricacies of the laws regarding medical marijuana are explored. After a brief history of the drug is presented, the current state laws regarding medical cannabis are analyzed. The roles of various political actors regarding medical cannabis are described, including executives (presidents, governors and mayors), followed by a description of the most recent court decisions in which the legality of medical cannabis is further defined. The part that other key political actors, bureaucracies and interest groups, have played in this debate are illustrated as well. Of course, the public’s opinions about the issue are behind much of the policies, so they are also described. The business opportunities that have emerged alongside the state legalization of medical cannabis are explained at the end of the book. In the end, The Medical Marijuana Maze is a comprehensive description and analysis of the status of medical marijuana in the US today.

PowerPoint slides are available to professors upon adoption of this book. Download sample slides from the full 204-slide presentation here. If you have adopted the book for a course, contact bhall (at) cap-press (dot) com to request the PowerPoint slides.

“The Medical Marijuana Maze is superbly laid out as a teaching tool…[and] exceptionally comprehensive in its scope. This is a most exceptional book that would be a valuable addition to academic law, university, and public library collections. It brings a plethora of valuable and intelligently presented information together all in one place, allowing the reader to clearly understand the current state of medical marijuana legality. This understanding is enriched by both the historical perspective and the future projections that Marion includes in her well researched book.” — Helen N. Levenson, Law Library Journal