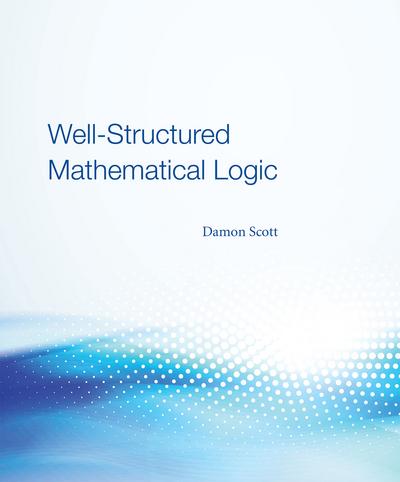 Well-Structured Mathematical Logic does for logic what Structured Programming did for computation: make large-scale work possible. From the work of George Boole onward, traditional logic was made to look like a form of symbolic algebra. In this work, the logic undergirding conventional mathematics resembles well-structured computer programs.

A very important feature of the new system is that it structures the expression of mathematics in much the same way that people already do informally. In this way, the new system is simultaneously machine-parsable and user-friendly, just as Structured Programming is for algorithms. Unlike traditional logic, the new system works with you, not against you, as you use it to structure—and understand—the mathematics you work with on a daily basis.

The book provides a complete guide to its subject matter. It presents the major results and theorems one needs to know in order to use the new system effectively.

Two chapters provide tutorials for the reader in the new way that symbols move when logical calculations are performed in the well-structured system. Numerous examples and discussions are provided to illustrate the system's many results and features.

Well-Structured Mathematical Logic is accessible to anyone who has at least some knowledge of traditional logic to serve as a foundation, and is of interest to all who need a system of pliant, user-friendly mathematical logic to use in their work in mathematics and computer science.