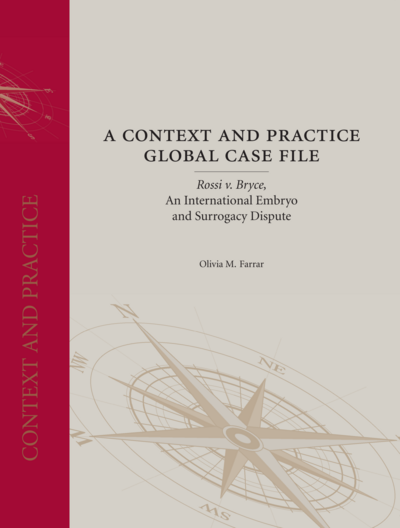 This international embryo and surrogacy dispute raises constitutional issues and international conflicts of law. The Maltese ex-wife has sued to be allowed to use the parties' embryos that they created during their marriage: using the embryos, she wants to create children via a surrogate. The parties' IVF contract specified she would have control of any embryos, but the U.S. ex-husband won an injunction barring her access to the embryos. This case file is their appeal. Each party is arguing their constitutional right to be or to not be a parent is at stake in the case. The ex-husband further argues that the surrogacy required to create children from the embryos would be a crime under DC law [where the embryos are located] as well as being a crime under Maltese law [the ex-wife's nationality and where she intends to return with the children], but it is unclear whether D.C., Maryland, Virginia or Maltese law governs this embryo dispute, and the choice of law is outcome-determinative.