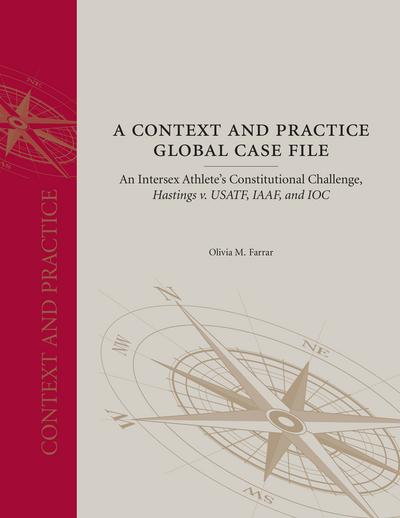 Hastings v. USATF, IAAF and IOC is a case where sports, constitutional law, and human rights law converge when an elite athlete is excluded from the Olympics due to her gender. This case is a federal appeal by Nakia Hastings, a female intersex athlete who was excluded by USA Track & Field ["USATF"] from the US team sent to the 2012 London Olympics. Her exclusion was due to new Regulations that ban female athletes with naturally elevated testosterone levels; these Regulations were promulgated by the international sports regulatory bodies [the International Association of Athletics Federations ("IAAF") and the International Olympic Committee ("IOC")].

Hastings challenged her exclusion before the Court of Arbitration for Sports ["CAS"] which ruled against her. She appealed this CAS arbitration in US District Court, alleging: that these Regulations are unconstitutional gender discrimination; that they violate her human rights; and that they should not be enforced under the "public policy" exception to the New York Convention. The District Court ruled against Hastings on all counts, and she has appealed to the Ninth Circuit.

Although international in focus, the case file is designed to be accessible to US JDs and LLMs, and thus it is set in a US court and all legal authorities are available in English. The case file includes the appellate record and potential assignments, specifically, an appellate brief, oral arguments, appellate mediation, and a judicial opinion for the case. The Teacher's Manual includes answer keys, evaluation rubrics, and a full bench memo.