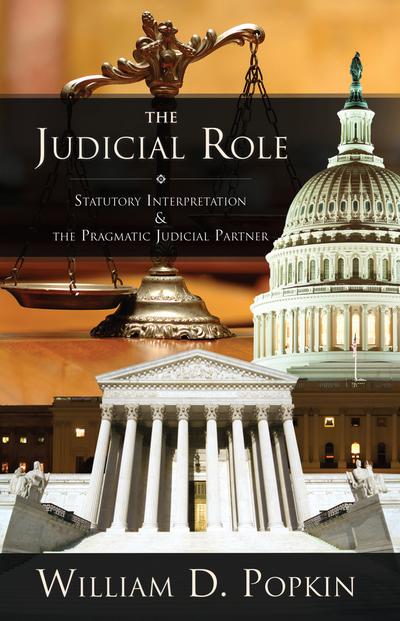 The Judicial Role: Statutory Interpretation and the Pragmatic Judicial Partner

This book deals with the central question in statutory interpretation — the role of the judge. It argues that it is both legitimate and desirable for the interpreter to take into account policy considerations when determining the meaning of a statute. The author calls this pragmatic judicial partnering. The pragmatic approach rejects two traditional views of the judicial role — textualism and intentionalism — which assume that the interpreter is nothing but a legislative agent.

Part I of the book makes the case for pragmatic judicial partnering. My claim is that pragmatic interpretation is constitutional, that it provides the best description of statutory interpretation, and that it is the best normative conception of how judges should interpret legislation. It also argues that judicial opinions should reveal the indeterminacy that is inherent in determining the meaning of legislation and the creative role that judges play in shaping that meaning. Part II is a critique of the leading advocates of the view that judge should be legislative agents — Justice Scalia and Professor Manning (both textualists); Professor Elhauge (an intentionalist); and Professor Vermeule (an institutional literalist).

An Epilogue indentifies the fundamental issue as one of legal culture. It suggests that we may be entering a period where mistrust of judging leads to rejection of pragmatic judicial partnering in favor of the judge-as-legislative-agent.