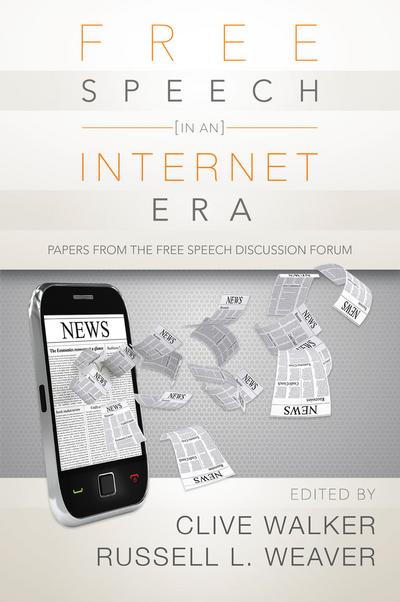 Free Speech in an Internet Era

The Internet has impacted on the media in many crucial ways. Practices and laws have evolved, and the Internet has even exerted an existential influence over the format and viability of contemporary media outlets. In order to explore this important and on-going interaction, the Fifth Free Speech Discussion Forum assembled in London in 2012, involving a combination of leading scholars and practicing lawyers from North America and Europe. The papers in this collection therefore reflect a rich range of jurisdictions and experiences, with comparative approaches strongly to the fore. Some chapters deal directly with issues around the battles for survival of the established print and broadcast media in an Internet age. The Internet is also having profound effects on the delivery of mass free speech by forcing us to reconsider new approaches to legal designs and practices, especially within the jurisprudence of privacy, defamation, obscenity, and counter-terrorism. At the same time, the Internet must be equally acknowledged as offering considerable advantages for the production and publication of free speech by opening sources of information and channels of communication. Those who ignore the Internet's transformative capacity in the development of media law invite the fate of early redundancy or easy evasion. Thus, the chapters in this book offer original and authoritative insights into core debates around the interactions between the Internet, media, and law.