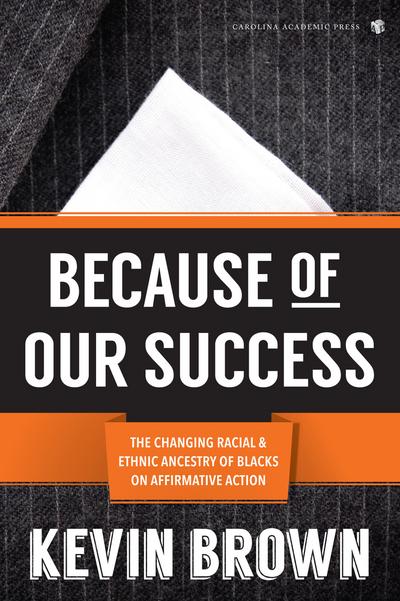 Because of Our Success

The Changing Racial and Ethnic Ancestry of Blacks on Affirmative Action

Tags: Civil Rights/Race and the Law

When selective colleges, universities, and graduate programs instituted affirmative action policies in the 1960s, 99.4 percent of Americans were either black or white. Not only were interracial marriages between blacks and whites illegal in over twenty states, but very few blacks were involved in interracial sexual relationships. A person's race was determined by the application of the one-drop rule. Thus, mixed-race blacks were not allowed to self-identify their race. Rather, they were socially ascribed as black and, therefore, the concept of Black Multiracials did not exist. Also, less than one percent of blacks were foreign-born.

As a result, one of the core assumptions upon which affirmative action was based was that the predominant ancestries of the beneficiaries would be children of two American-born black parents ("Ascendant Blacks"). However, Black Multiracials and foreign-born blacks and their children ("Black Immigrants") now constitute a growing majority of the black students at many selective higher education programs. Further, the percentages of Black Multiracials and Black Immigrants among those blacks approaching college age are rapidly increasing. Thus, in an ironic twist of fate, America is ethnically cleansing from the campuses of its selective higher education institutions Ascendant Blacks. Not only were they the primary group that affirmative action policies were intended to benefit, but their ascendency out of slavery and segregation made possible the increases in mixed-race sexual relationships, Black Multiracials, foreign-born blacks, and Black Immigrants. This book discusses this ethnic cleansing of Ascendant Blacks and its implications for American society, and suggests possible ways to address the problem.

"Professor Brown's thoughtful and scholarly study comprehensively analyzes a complex subject with variables that are widely misunderstood or ignored. It sets out to navigate sensitive and difficult terrain, noting distinctions between 'Ascendant Blacks,' 'Black Multiracials,' and 'Black Immigrants.'" — Theodore Shaw, Former Director-Counsel and President of the NAACP Legal Defense and Educational Fund, Inc., and Julius Chambers Distinguished Professor of Law and Director of the Center for Civil Rights at the University of North Carolina School of Law

"Admissions officers and university administrators should consider the argument Professor Brown is making and the statistics he cites showing affirmative action policies are not serving Ascendant Blacks." — Dennis Shields, Chancellor, University of Wisconsin-Platteville and Former Director of Admissions, the University of Michigan Law School