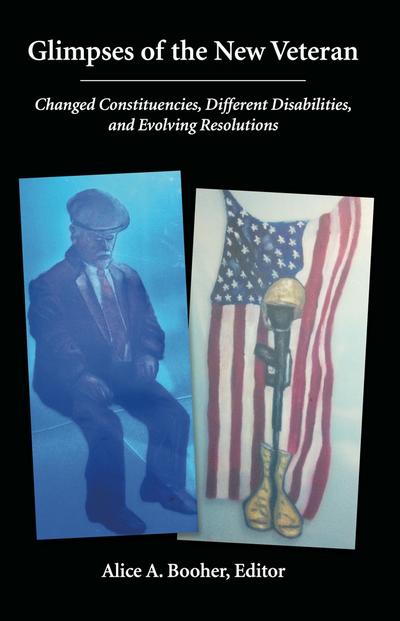 Glimpses of the New Veteran

Edited by: Alice A. Booher

Glimpses of the New Veteran addresses three premises:(1) the veteran constituency has changed with use of an all-volunteer force, Guard, Reserves, women, aging veterans, etc.; (2) veterans' disabilities and treatments for disease and injuries have changed; and, (3) while traditional veterans-oriented programs may be strained, for whatever reasons, all of us in the community, in and out of government, whether veterans, service officers, caregivers, family, lawyers, physicians, social workers, etc., can uniquely and substantively assist in resolving these shared concerns.The book's intent is not to criticize time-honored resources, and it does not try to be either a handbook or manual, but, rather, it provides increased understanding and food for thought.The authors, all experts in veteran's law and/or medicine, policymakers, judges, lawyers, physicians, soldiers ranging from generals to enlisted personnel, Reserves, National Guard, and wounded warriors, explore these changes from their own wide spectrum of experiences; and they present viable alternatives for the twenty-first century, from official benefits processes at state and national levels and employment, training opportunities, and veterans treatment courts to blue-ribbon examples of efforts from nonprofits and corporations and pro bono work from law firms, that are now operational and effective and may be increasingly viable and adaptable for the future.

"Alice A. Booher[…]has compiled a formidable array of essays in this compendium, covering issues ranging from political/cultural shifts[…], to the advent of new disabilities[…], to various programs aimed at the myriad challenges faced by veterans. […]The book is also a fine resource for those who seek to assist veterans in various ways and contexts, as it discloses efforts and programs that those providing assistance may be unaware of. […]Alice Booher's long labor of love, as she terms the book, supplies something of interest to anyone involved with veterans. — David E. Boelzner, Veterans Law Journal

"An important work that goes a long way to stimulate further discussion on how to best support our veterans and their families, who have sacrificed much for the freedoms we all enjoy." — Lt. Gen Carol A. Mutter, USMC (Ret.)

"It's a new day in veteran's affairs in America. A new generation of veterans from 21st century wars is upon us. They demand new techniques and new approaches to their care. This book tells us why and how we must all adjust to this reality. It is a must-read for anyone interested in caring for today's veteran and his/her family." — The Hon. Max Cleland, former VA Administrator, U.S. Senator, and Secretary, American Battle Monuments Commission

"Alice Booher has done a masterful job of assembling a group of nationally recognized experts in the field of Veterans issues and compiling their writing into a book that focuses on current matters that are vital for veterans and their families." — Dick Camp (USMC, Col., Ret.), military historian and author

"Entering the Air Force in 1957, I had the opportunity to know so many people who had served in World War II and the Korean War—some who were still serving. I also witnessed their struggles for help. Over the decades, I've observed a variety of changes to benefits, access to VA facilities, job opportunities for veterans and most importantly, the changes in the types as well as treatment of disabilities. To advance, we need to know where we've been. This book brings together experts to speak about this important history and to address the evolution of service and care of our nation's veterans—all critical information for veterans, family members, caregivers and advocates." — Brig. Gen. Wilma L. Vaught, USAF (Ret.), President, Board of Directors of the Women in Military Service for America Memorial Foundation, Inc. (WIMSA)