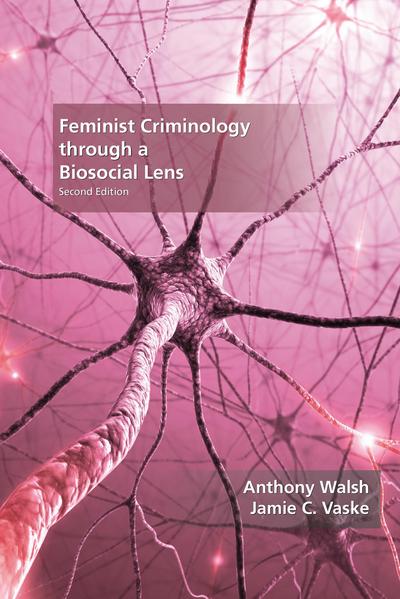 Feminist Criminology through a Biosocial Lens

This book takes a look at female offenders through a biosocial lens. The gender ratio problem (why always and everywhere males commit more criminal acts than females) has been called the single most important fact that criminology theories must be able to explain. Feminist criminology has attempted to do this for decades without success because it has relied on conceptual and theoretical tools from a single discipline — sociology. A number of famous criminologists (e.g., Travis Hirschi) have concluded that an explanation of gender differences in crime from the sociological perspective may not be possible because it excludes biological sex, the powerful underlying base of gender. It is the contention of this book that unless feminist criminology comes to grips with the evolutionary and neurological bases of fundamental gender difference, the field will continue to flounder without compass.

Other influential criminologists, such as Francis Cullen, have concluded that the biosocial paradigm is the paradigm of the 21st century. This book looks at feminist criminology in general and attempts to explain its main concerns from a biosocial perspective while showing that there is nothing illiberal about it and that biology can be a very powerful ally for criminology. The book ranges across disciplines such as sociology, anthropology, psychology, behavioral and molecular genetics, the neurosciences, and evolutionary biology to attempt to answer the gender ratio problem. Our efforts are guided by Niko Tinbergen's famous four questions about major behavior patterns: adaptive function, phylogenic history, development, and causation. It is time to apply this exciting and robust paradigm — one that avers that any trait or behavior of any living thing is always the result of biological factors interacting with environmental factors — to the most vexing issues of feminist criminology.

Changes to the new edition include the integration of a larger body of empirical research and expansion of the topics (such as adding information on gender differences in brain regions) as well as an added chapter that focuses on the explanation of intimate partner violence and rape.