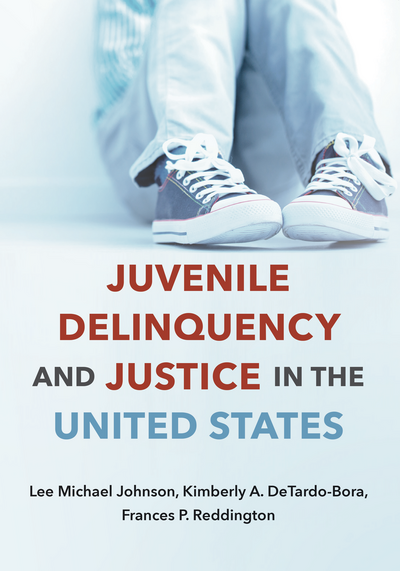 Juvenile Delinquency and Justice in the United States

Juvenile Delinquency and Justice in the United States

Part I describes what delinquency is exactly, how much of it occurs (and its relative seriousness), why it happens, and why it doesn’t happen (social control). Since there are many possible causes of delinquency that operate in complex ways, three chapters are dedicated to them. These chapters focus on theories and factors that receive significant research support. Much attention is given to life course and developmental theories, given their prominent place in contemporary criminology and that child development has long been a focus in understanding delinquency.

Part II describes what the juvenile justice system is doing, and possibly should do, to solve the problem of delinquency. Here, a major feature of the book is that it goes beyond formal justice system structure and processes (policing, courts, and corrections) to address the major role that human/social service workers and agencies play in juvenile justice processes. This is important as most system-involved juveniles are not serious chronic offenders deeply entangled in the system; most are sanctioned in the community and may deal more with social service agents. Social services also play a major role in treating serious offenders. Thus, much attention is given to treatment and rehabilitation issues. Further, broader issues of social justice and human rights are addressed. Unique to this book is a chapter (Chapter 11) devoted solely to juvenile justice reform.

There is a set of 163 PowerPoint slides avialable upon adoption. Click here to view a sample presentation. If you are a professor using this book for a class, please contact Beth Hall at bhall@cap-press.com to request your slides.