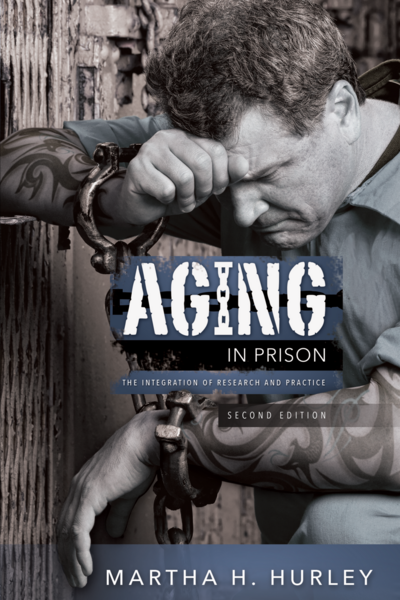 The Integration of Research and Practice

In Aging in Prison: The Integration of Research and Practice, author Martha Hurley takes an in-depth look at the complex issues associated with housing long-term and elderly prisoners. The book comes at a time when the number of prisoners aged 55 or older is growing at a faster pace than the rest of the prison population. Growth in this population was an unintended after-effect of "Get Tough" legislation from the 1980s and 90s. Concerns stem from the fact that such harsh sentencing practices have resulted in an increasingly elderly prison population, caused correctional costs to skyrocket, produced greater legal challenges based on conditions of confinement, and triggered inconsistencies in the delivery of medical and mental health services to long-term and elderly prisoners.

The book explores the costs and benefits of keeping aging inmates incarcerated during their most medically expensive yet least crime-prone years. The text concludes by examining what can be done in terms of policy options, sentencing options and programs to improve the outlook for this aging inmate population and proposes that a philosophical 'Ethic of Care' approach be implemented to guide both present and future practices. This book is essential reading for all students, practitioners, and advocates involved with or studying correctional practice.

This second edition updates the first.

"Aging in Prison condenses an avalanche of statistical detail into a thoroughly informative presentation that catalogs options for policy and practice in the context of 'an ethic of care.'" — CHOICE Magazine

"It is a must-read for those who deal with the elderly corrections population, such as health care providers and correctional staff, as well as academics, legislatives and other professionals who want to learn about the issues that this population faces and what should be considered as good, ethical care." — Corrections Today

PowerPoint slides are available to professors upon adoption of this book. Download a sample of the full 110-slide presentation here. If you have adopted the book for a course, contact bhall@cap-press.com to request the PowerPoint slides.