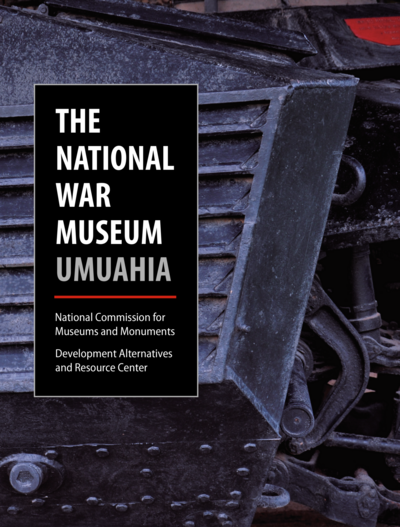 by Development Alternatives and Resource Center

Conflicts and warfare are inevitable parts of every society and Nigeria has witnessed various forms of internal conflict including a Civil War which erupted in 1967 and lasted for thirty months. By the time the war ended in 1970, the victorious Nigerian military government, as part of its peace building measures, established a war museum in which relics of war in Nigeria were collected, exhibited and preserved. This book attempts to tell the story of the National War Museum, Umuahia, as a national heritage site where the Nigerian military history and military technology are preserved.

It also catalogues the collection of the National War Museum, Umuahia with the intent to provide a guide to the documentation of the development of Nigerian Armed Forces, the important persons and events of the lead-up to and the actual civil war and the military hardware used during the civil war with emphasis on the ingenuity of the people of Eastern Nigeria who produced indigenous technology in severe war conditions to defend their sovereignty.