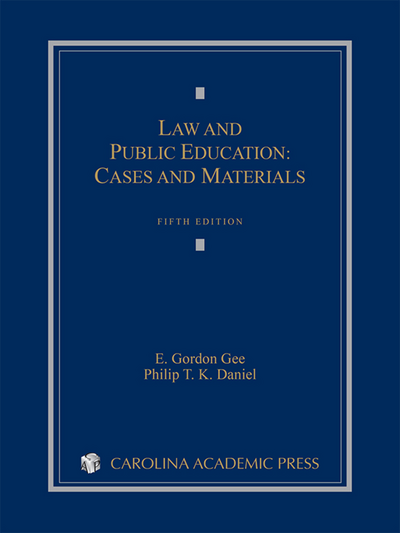 Although primarily a legal work, Law and Public Education also addresses historical, pedagogical, economic, and other social science literature. Coverage of the cases and other materials is more complete than in many other casebooks, as it is important for the student to master the complexities, ambiguities, and nuances of meaning that would be missed with too much editing. Three primary themes are addressed:

All three branches of government play a significant role in shaping and influencing the enterprise of American public education. The federal government has reformed education policy significantly in the past several decades and much of the decision-making undertaken by local and state school officials continues to be litigated in the courts. This Fifth Edition of Law and Public Education reflects the dynamic impact the law has had on this transformation of authority. The changes have been substantial since the publication of the Fourth Edition and, as a result, much of the current edition represents a rewriting of materials and the introduction of the most recent case law.