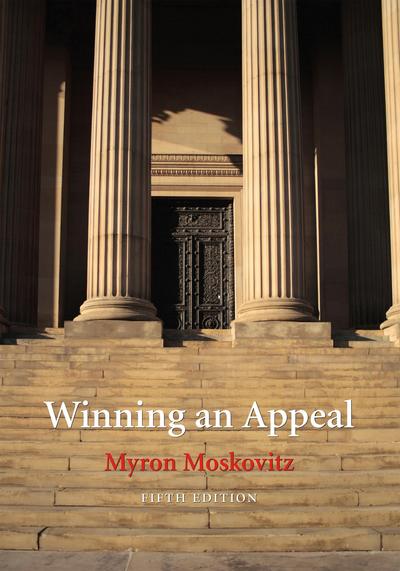 This book is designed to give the reader ideas that will help them win in an appellate court, whether representing the appellant or the respondent. These ideas cannot guarantee victory because there are many key factors beyond the lawyer's control, such as the record on appeal and the attitudes of the judges assigned to the case. But proper application of certain techniques can substantially increase the chance of success, and permit the attorney to do the best job in the least amount of time.

The appellate court is often viewed by lawyers as foreign territory — an arena for quiet, scholarly debate far from the rough-and-tumble, think-on-your-feet type of practice common in the trial courts. Because of this perception, lawyers are often uncomfortable writing briefs and arguing before appellate courts, and often their primary concern is simply to get through the ordeal without looking foolish.

This book is intended for the lawyer or law student who wants to get beyond that point, whose chief concern is victory for the client. This book addresses the form of an appeal, but it is mainly about the substance of an appeal. Examples of many of the brief-writing techniques discussed appear in the sample briefs at the end of this book. Before each brief is an explanation of the strategic thinking that lies behind how each brief was written.