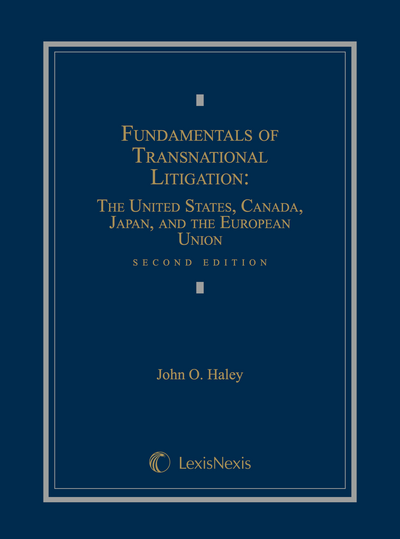 The United States, Canada, Japan, and The European Union

Fundamentals of Transnational Litigation: The United States, Canada, Japan, and The European Union, Second Edition is designed to provide students from diverse legal systems with global perspectives on fundamental issues and problems that arise in transnational litigation. The materials included in this book are ideally suited for courses in which both U.S. and international students are enrolled.

Fundamentals of Transnational Litigation: The United States, Canada, Japan, and The European Union, Second Edition includes a basic introduction to features of transnational litigation that the principal legal systems worldwide share in common as well as their most salient contrasts.

Canadian law provides the perspective of a contrasting common law jurisdiction to the U.S. and thus enables students to appreciate features of U.S. law that are truly exceptional.

The European Union adds a dimension of equal significance as a regional system with binding rules on transnational litigation for all member states, which include the civil law jurisdictions of continental Europe as well as the common law systems of the United Kingdom and Ireland.