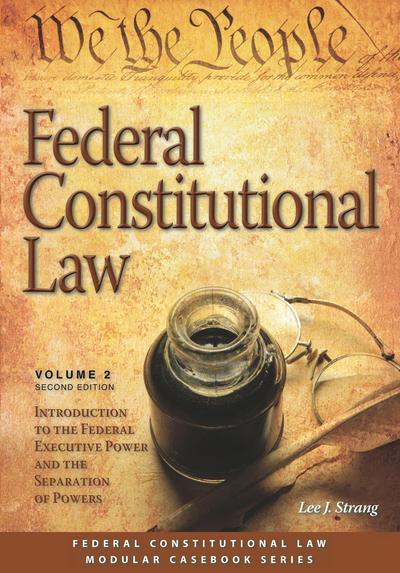 This title has been superseded by a new edition

Introduction to the Federal Executive Power and the Separation of Powers

This softcover book is the second volume in the Constitutional Law Modular Series. This modular approach to the material makes it possible for instructors to mix and match a suitable number of volumes for a course of varying length and focus. Coverage includes: