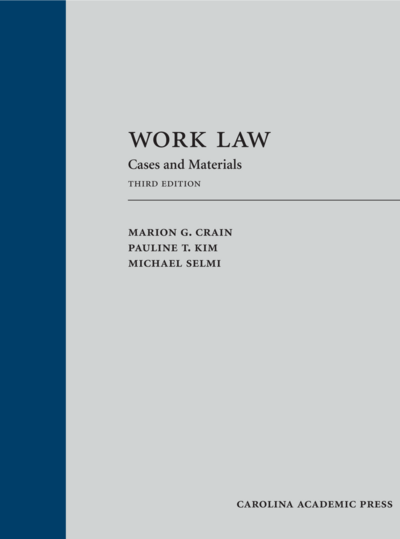 The law of work has evolved as a patchwork of legal interventions in the labor market, sometimes by statute, and sometimes through the common law of judicial decisions. Most law school curricula divide the law of work into three topical areas—Labor Law, Employment Law, and Employment Discrimination—and offer separate courses in each area. Labor law in the United States is understood to encompass the study of the National Labor Relations Act, the law governing union organizing and collective bargaining. It is the law of collective rights at work. Employment law refers to the statutes and common law governing individual rights at work. It ranges from minimum standards legislation to judicially created doctrines based in tort and contract law. Employment discrimination law deals with the statutes and interpretative case law advancing the antidiscrimination norm in the workplace. These statutes address the problem of status discrimination at work (e.g., discrimination on the basis of race, sex, national origin, ethnicity, religion, disability, or sexual orientation).

The book adverts to Labor Law principles at a number of points throughout the book, but at a policy level rather than a doctrinal level, as a way of introducing and evaluating an alternative model of employee representation; the book does not assume any knowledge of Labor Law on the part of teacher or student and makes no effort to provide a satisfactory substitute for a Labor Law text. The book offers some detail in the law of Employment Discrimination but does so primarily with an eye toward surveying the field and assessing antidiscrimination regulation as a response to an increasingly diverse workforce, rather than providing an in-depth study of Employment Discrimination principles.

The third edition of Work Law: Cases and Materials incorporates new developments in a variety of areas.