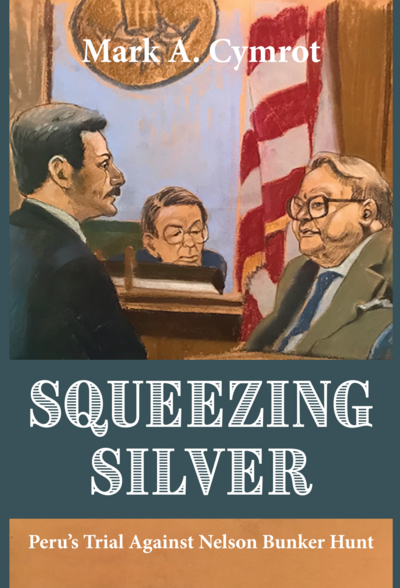 by Mark A. Cymrot

Famed oil tycoon Nelson Bunker Hunt, along with Saudi sheikhs, manipulated silver prices in 1979-80 while meeting at thoroughbred horse events, five-star hotels, and posh restaurants. When prices spiked from $9 to $51 an ounce, they pocketed billions while thousands were cheated, including Minpeco, Peru's minerals agent. Regulators conflicted by their dealings with Bunker failed to stop his clear conspiracy. When prices crashed two months later, the Hunt defaults threatened the US economy with collapse. Paul Volcker, Federal Reserve Chairman, engineered the first controversial too-big-to-fail bailout to save the US economy. Squeezing Silver is a legal thriller that takes the reader inside the courtroom of one of the most important trials of recent decades, recreating real-life confrontations with key witnesses, premier defense lawyers, and a respected judge.