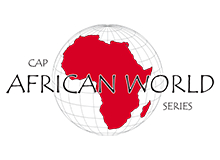 The Carolina Academic Press African World Series, inaugurated in 2010, offers significant new works in the field of African and Black World studies. The series provides scholarly and educational texts that can serve as both reference works and readers in college classes.

Studies in the series are anchored in the existing humanistic and the social scientific traditions. Their goal, however, is the identification and elaboration of the strategic place of Africa and its Diaspora in a shifting global world. More specifically, the studies address gaps and larger needs in the developing scholarship on Africa and the Black World.

The series is intended to fill gaps in areas such as African politics, history, law, religion, culture, sociology, literature, philosophy, visual arts, art history, geography, language, health, and social welfare. Given the complex nature of Africa and its Diaspora, and the constantly shifting perspectives prompted by globalization, the series also meets a vital need for scholarship connecting knowledge with events and practices. Reflecting the fact that life in Africa continues to change, especially in the political arena, the series explores issues emanating from racial and ethnic identities, particularly those connected with the ongoing mobilization of ethnic minorities for inclusion and representation.