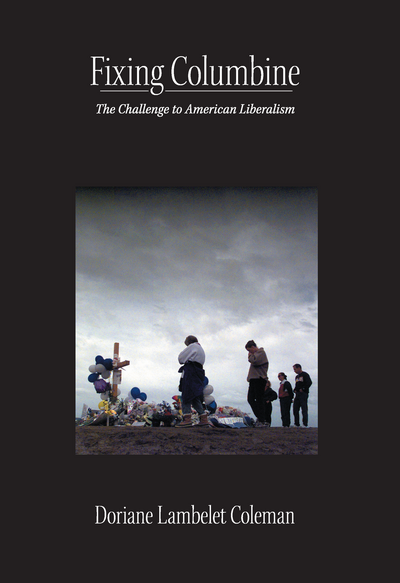 The Challenge to American Liberalism

Fixing Columbine uses the 1999 school shootings at Columbine High School in Littleton, Colorado, as a metaphor for a much larger, and largely silent, epidemic of childhood dysfunction that has swept the nation in the last thirty years, claiming as its victims approximately 15 to 25 million American children annually. The focus initially is on an examination from the standpoint of experts in child development of the original causes of that epidemic, which include relatively poor parenting and parent substitutes in the relevant period, as well as otherwise toxic exposures to media, equally dysfunctional peers, and an environment in the schools and elsewhere that is often violent and anti-social relative to other recent periods in the country's history. In this context, it compares both the epidemic rates of childhood dysfunction and these original causes to the circumstances of children in other western, industrialized countries, and concludes with ample supporting data that the United States is alone amongst its international counterparts in the extent to which its children suffer in these respects.

The book then tackles the question of how to fix Columbine, and in the course of this discussion examines the obstacle that the law and its incorporation of classical liberal principles throws into the equation. Specifically, it argues that the constitutional doctrines of parental autonomy and free speech both enabled the epidemic and impede all obvious law-based solutions. It also argues that related calls for a cultural return to communitarian principles and to religion are likely also to fail as solutions because they are inherently voluntary engagements that already have been rejected as inconsistent with the very liberal principles that caused the epidemic in the first place.

Finally, the book provides as a partial answer a return to an earlier vision of the public schools, which imagined them as special enclaves of mandatory communitarianism in this otherwise liberal democracy. Reforms that would have the schools provide children with the lessons and protections that they are otherwise missing are suggested. And the notion is proposed that the relevant portions of any reformed curriculum be federalized to assure that all the nation's children could benefit from their curative properties. In this context, the obstacle of "local control" of public education is addressed and dismissed as a policy dinosaur. Coleman concludes that the costs of fixing Columbine are likely to be less both in economic and cultural terms than are the costs of ignoring the epidemic entirely, or of committing to reductions in the relevant liberties.

"Everyone talks about Columbine and offers seat-of-the-pants analyses. What is needed is an account of the matter grounded in a thorough knowledge of the many contexts it touches. Doriane Coleman has written that book. She is at once passionate and dispassionate, and when you finish reading Fixing Columbine you know not only that you should care but why you should care." — Stanley Fish, Dean of the College of Liberal Arts and Sciences at the University of Illinois at Chicago