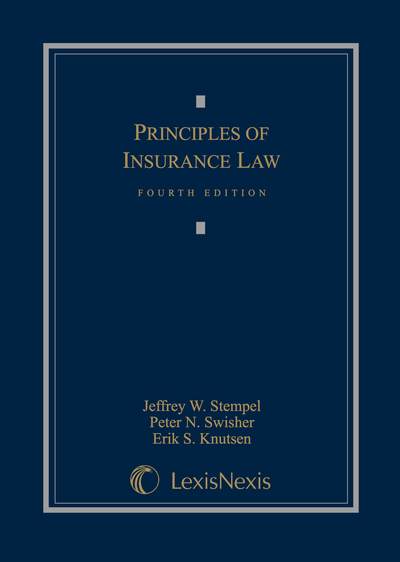 Over the past two decades, there have been a number of important developments in the areas of liability, property, and life and health insurance that have significantly changed insurance law. Accordingly, the Fourth Edition of Principles of Insurance Law has been substantially rewritten, reformatted, and refocused in order to offer the insurance law student and practitioner a broad perspective of both traditional insurance law concepts and cutting-edge legal issues affecting contemporary insurance law theory and practice. This edition not only expands the scope of topical coverage, but also segments the law of insurance in a manner more amenable to study, as well as facilitating the recombination and reordering of the chapters as desired by individual instructors. The Fourth Edition of Principles of Insurance Law includes new and expanded treatment of important insurance law developments, including:

The Teacher's Manual highlights the differences between the Third Edition and the Fourth Edition. In addition, it includes case-brief summaries of the major cases excerpted in the book; authors' analyses of the notes, questions, and problems that follow the principal cases; and offers alternative syllabuses for planning purposes.