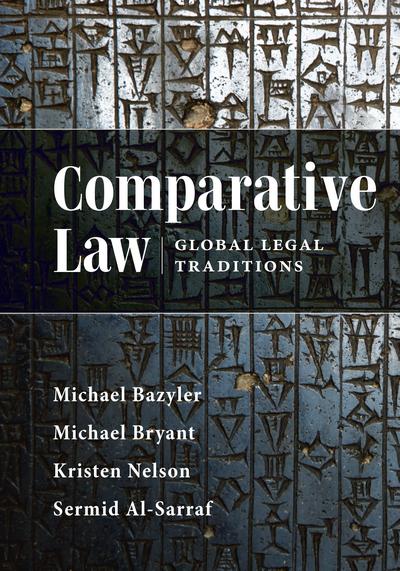 Some comparative law casebooks and study guides stop with Western law but Comparative Law continues by turning to the study of a secular non-European legal tradition by examining Chinese law, or more specifically the law of the People's Republic of China. The book's final section covers the non-state, religion-based legal tradition found in Islamic law, both in its pre-state form and how Islamic law manifests itself within the confines of sovereign state powers.

Each part contains seven chapters intended to enable students to draw comparisons and make distinctions between the legal traditions under review. Each part includes five chapters covering common topics: history and development of the legal tradition, political process, judicial process, legal actors and legal education, and civil law. The remaining two chapters for each part focus on a legal subject most relevant to that legal tradition.

"The book is rich in the bridging of the past and present in the representation of a comparative study of legal global traditions. It covers diverse sets of selected global traditions in a non-judgmental manner, bringing in authoritative literature with notes and questions to further guide the reader. It is a useful read not only for law students but to any reader who for whatever reason is seeking to navigate throughan interconnected interdependent globe to comprehend the global legal traditions and cultures that shape it."
— Usharani Balasingam, Malaysian Journal of Comparative Law