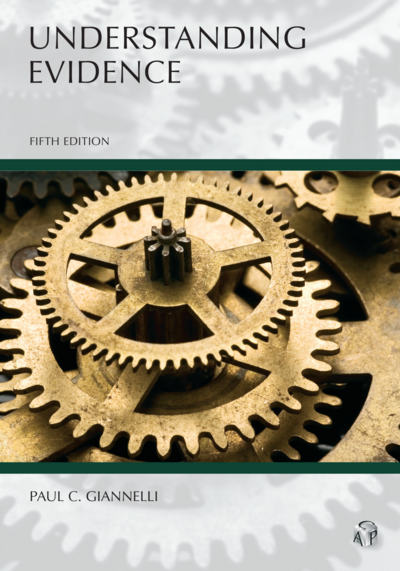 This Understanding treatise presents the essential topics in evidence law cogently and concisely. While it was written primarily for students in Evidence and Trial Practice courses, the "Key Points" summary at the end of each chapter and the inclusion of the current Federal Rules of Evidence in an appendix make this treatise an excellent reference for busy attorneys.

Understanding Evidence begins with an overview of Evidence law followed by an explanation of the roles of the judge and jury. The remaining chapters are organized under the following topics:

This treatise extensively discusses and cites the Federal Rules of Evidence. Cases, statutes, other rules, and secondary sources are also cited, providing a comprehensive framework for understanding evidence law. The fifth edition discusses recent amendments to the Federal Rules of Evidence and new Supreme Court cases since the previous edition in 2013.