The Initiative and Referendum Almanac 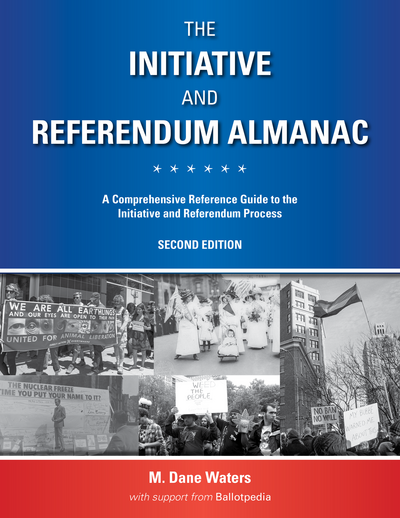 The Initiative and Referendum Almanac

A Comprehensive Reference Guide to the Initiative and Referendum Process

The Initiative and Referendum Almanac, through a collaboration with Ballotpedia, provides a complete listing of all relevant laws associated with utilizing the initiative and referendum process in each state, as well as a checklist of the steps that must be followed to place an initiative or referendum on the ballot. The appendix contains a complete listing of every statewide initiative and popular referendum that have appeared on the ballot since 1904, as well as other charts and graphs tracking the usage of the process since its adoption in 1898. No other book has ever provided this much information on citizen lawmaking.

Praise for the first edition:

"This is what we have been waiting for. As penetrating and stimulating as it is thorough and even-handed, the Almanac will spark and inform debate about our most democratic process of lawmaking. It is a gift to activists and scholars alike." — Richard Parker, Williams Professor of Law, Harvard Law School

"This uniquely comprehensive volume provides a wealth of invaluable information about the initiative and referendum process in the United States. The volume combines detailed information about the constitutional and statutory bases of initiative and referendum usage in all fifty states; descriptions of the major court decisions and legislative attempts to regulate the process; comparisons of I&R provisions across the states; and scholarly analyses of some of the main theoretical debates concerning its use. This is certain to be a critical resource for academics, policy analysts, advocates, lawmakers, citizens, the media—indeed, anyone interested in this increasingly important method of citizen lawmaking." — Elisabeth R. Gerber, Professor of Public Policy, University of Michigan

"Water's volume provides a wealth of statistical and factual information on a neglected topic… Public and academic libraries, as well as American politics and public policy collections, will…find this a worthwhile purchase." — CHOICE Magazine, January 2004

"Despite presenting a wealth of information, this book is well organized and very readable. Because the information it contains is of interest to scholars, students, and laypeople, this volume is highly recommended for all but the smallest public and academic libraries, and for high school libraries that support law and government courses." — American Reference Books Annual