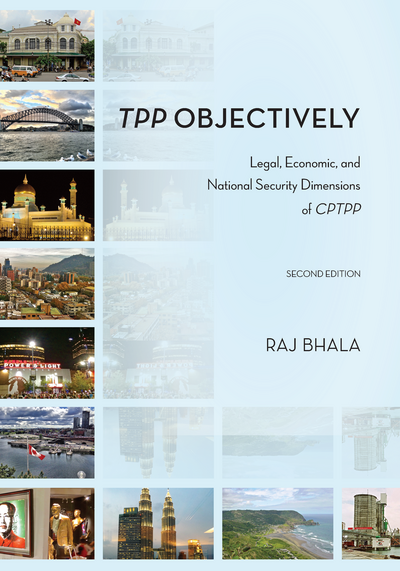 In a world in which the debate about TPP, and international trade generally, is highly polarized, TPP Objectively is an essential resource because it is a balanced presentation. The author, renowned for his International Trade Law and Understanding Islamic Law textbooks, spent several years studying all sides of the controversial issues, and conducted first-hand research in 11 of the 12 TPP countries, and several non-TPP countries (including India, Indonesia, and Korea). The text is thoroughly referenced, with hundreds of citations to different sources from around the world to help readers get a clear, well-rounded understanding of TPP. TPP Objectively is not only for specialty audiences, such as scholars, teachers, and students in international trade, international economics, and international relations, but also for general readers interested in international law and policy, including legislators and their staffs and other decision-makers engaged in international trade agreements.

The second edition, subtitled "Legal, Economic, and National Security Dimensions of CPTPP," is fully up to date through the end of 2019 and its expanded discussion covers all new developments since the controversial January 2017 decision by the United States to withdraw from TPP, including: