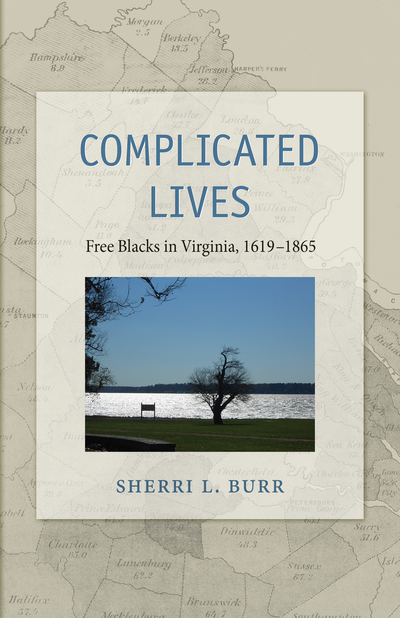 Would the United States have developed differently if Virginia had not passed a law in 1670 proclaiming all subsequently arriving Africans as servants for life, or slaves? What if the state had not stripped all Free Blacks and Indians of voting rights in 1723, or outlawed interracial sex for 337 years?

Complicated Lives upends the pervasive belief that all Africans landing on the shores of Virginia, beginning in late August 1619, became slaves. In reality, many of these kidnap victims received the status of indentured servants. Indeed, hundreds of thousands of free African Americans in the South and North owned property, created businesses, and engaged in public service. Complicated Lives further explores the lives of Free Blacks through the lens of the author's ancestors and other Free Blacks who lived this history, including those who served in the integrated troops commanded by George Washington during the Revolutionary War.

Complicated Lives in the media

All Things Considered interview: Barbershop: Reckoning With The History Of Slavery

The Guardian: Aaron Burr, vice-president who killed Hamilton, had children of color

The Independent: Why has America taken so long to confront its dark history?

"Complicated Lives has the potential to redefine the racial divide in our country in the most positive way of any book in my generation. We need to understand both our origins and the affection, anger, and fear that we carry within our collective integrated souls."—Theodore Parnall, Dean Emeritus, University of New Mexico, author of Life and Law in Interesting Places: An Improbable Journey

"Complicated Lives is a groundbreaking book that redefines everything I thought I knew about the history of slavery in the U.S. It belongs on the curriculum of every university and in the backpack of every student."—Judith Avila, bestselling co-author of Code Talker: The First and Only Memoir by One of the Original Navajo Code Talkers of WWII

"Complicated Lives is a much-needed chronicle of the achievements and plight of free Blacks in America, and how many of our nation's founding fathers and notables struggled with the dichotomy of slavery and freedom. This is a scholarly work that belongs on the shelves of all worthy historians, but also reads like a novel, making it approachable to the lay reader."—Frank Alan Burr, author of McKinley Memories: A Memoir of Growing Up in the American Suburbs of the 1950s and 60s and Common Thoughts: Poems and Essays

"In this wide-ranging, thoughtful book, Sherri L. Burr combines the expertise of the legal historian with the passionate curiosity of a sleuth in search of roots. Burr adds immeasurably to our understanding of these two-and-a-half centuries in the lives of free African Americans in Virginia."—Virginia Scharff, author of The Women Jefferson Loved