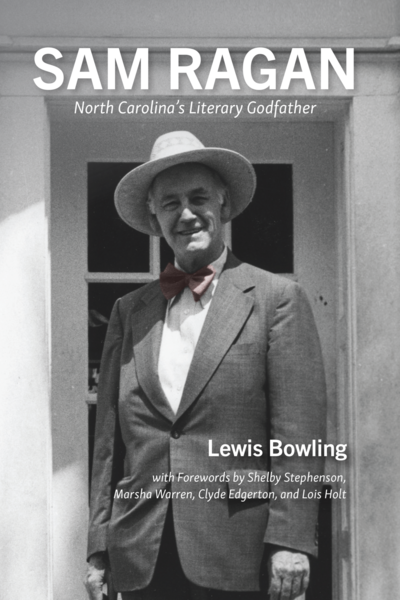 Born in Berea, North Carolina, to a tobacco farming family, Sam Ragan would become known as the Berea Bard for his way with words. In college at what is now Barton College, his classmates called him Shakespeare. Ragan wrote two books of poetry that were nominated for Pulitzer Prizes and was appointed North Carolina Poet Laureate by Governor Jim Hunt.

Not only a poet, Ragan was Executive Editor of The News and Observer in Raleigh and then bought The Pilot newspaper in Southern Pines. His literary column, Southern Accent, ran for 48 years, and was read in every state and 27 countries. Along with all of these accomplishments, Ragan was named the very first Secretary of Cultural Resources in North Carolina and also served as the chairman of the North Carolina Arts Council. For all of this and more, Sam Ragan justly deserves the title of "North Carolina's Literary Godfather."