The Public Trust Doctrine in Environmental and Natural Resources Law 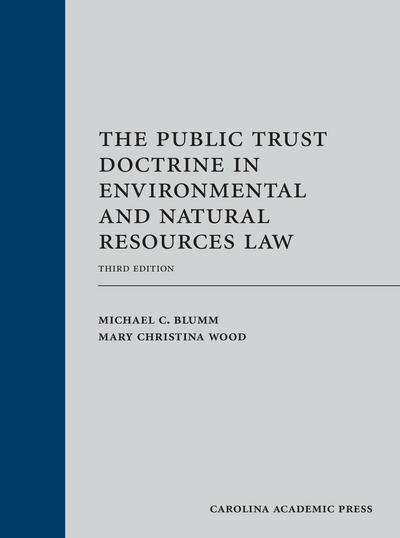 The Public Trust Doctrine in Environmental and Natural Resources Law

The public trust doctrine (PTD), an ancient anti-monopoly precept of property law inherited from Roman and civil law, exists in every United States jurisdiction and several international ones. The PTD, originally concerned with navigation and fishing, has emerged as an organizing principle for natural resources management in the twenty-first century, for it posits government trustees as stewards for both present and future generations. This casebook examines the role of the public trust doctrine in managing waterways, wetlands, water rights, wildlife, the atmosphere, and uplands like beaches and parks. The materials are suited for either an upper-division environmental or natural resources law course or a seminar.