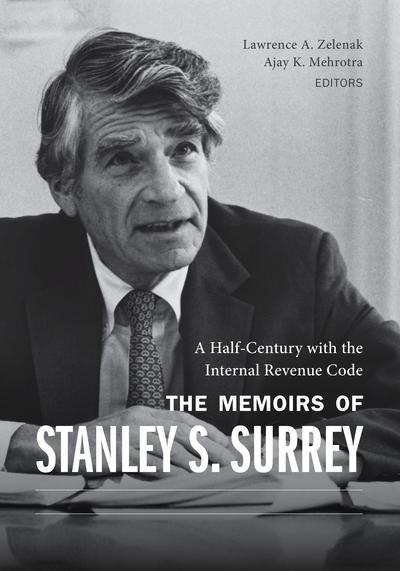 A Half-Century with the Internal Revenue Code

The Memoirs of Stanley S. Surrey

Stanley S. Surrey was the most prominent mid-twentieth-century American tax law academic, and the federal government official with the greatest influence on tax policy over that same period (aside from politicians). His professional life with the federal tax system spanned half a century, ending only with his death at the age of 73 in 1984. As Surrey writes in his memoirs, he had good reason to "doubt that any person alive today has had as close and as varied a relationship with the Internal Revenue Code as I have had."

He divided the five decades of his professional life between academia (three early years at the University of California, Berkeley, followed by many years at Harvard Law School), and two lengthy tours of duty in the service of the U.S. Treasury Department. In his second Treasury stint he served as the Assistant Secretary of the Treasury for Tax Policy, the highest executive branch position exclusively focused on taxation. Surrey's influence on the federal tax system was deep and pervasive and continues to this day; perhaps his most enduring accomplishment has been his development of tax expenditure analysis, which since the 1970s has played a central role in a wide range of tax policy discussions.

At his death in 1984, Surrey had written polished drafts of the majority of his planned professional memoirs. Until now, the memoirs have remained unpublished in the archives of the Harvard Law School Library. Lawrence Zelenak and Ajay K. Mehrotra have edited the memoirs for publication to produce this collection. This edited volume includes an comprehensive introductory essay on Surrey's professional life and his contributions to tax policy, as well as extensive annotations providing important background on the people and events Surrey discusses in the memoirs.