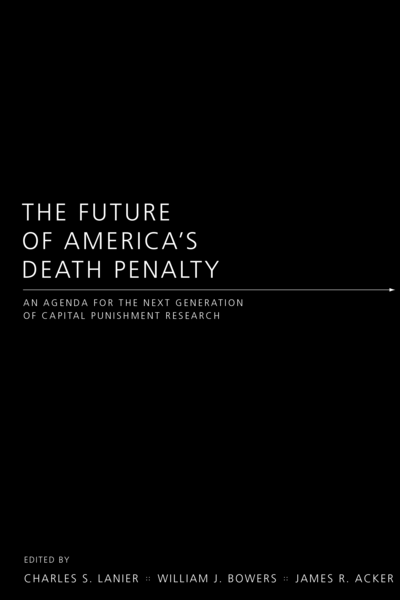 The Future of America's Death Penalty

An Agenda for the Next Generation of Capital Punishment Research

The Future of America's Death Penalty, comprised of original chapters authored by nationally distinguished scholars, is an ambitious effort to identify the most critical issues confronting the future of capital punishment in the United States and the steps that must be taken to gather and analyze the information that will be necessary for informed policy judgments. Contributors articulate the most pressing issues of administration, litigation, legislation, and executive action confronting the future of capital punishment, and identify research strategies designed to supply answers to those questions.

The book represents a valuable academic contribution, particularly within criminal justice and law, and is of interest as well to policymakers and practitioners. It emerges a generation after the Supreme Court's landmark decision in Gregg v. Georgia (1976) heralded the "modern era" of capital punishment, and at a time when the efficacy and operation of the death penalty are under intensive scrutiny by governmental study commissions throughout the country.

"This is a great collection. It should be on many bookshelves and in all serious libraries." — Law & Politics Book Review