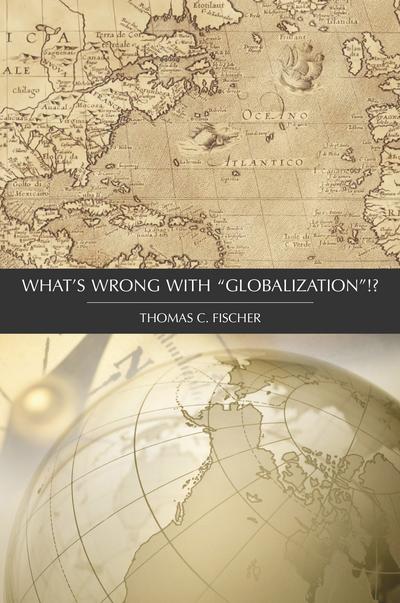 Unlike many books that lionize or demonize globalization, this one seeks to set the record straight. Globalization is neither an unvarnished virtue nor an unmitigated vice. Rather, it is a subtle process that has both virtues (economic growth) and vices (dislocation). It has already lifted millions of persons out of grinding poverty and reduced the spread of disease. But, it also has spurred the migration of workers and increased competition for resources. Unfortunately, globalization's vices are all too immediate and evident, whereas its virtues are often muted and long-term.

This recent financial crisis is a prime example of global disjunction. The financial services industry is clearly global. Yet its regulation is national or regional. But if the response to this crisis produces better coordination and greater economic stability and growth, all participants are likely to be better off.

This book is also comprehensive, not examining one aspect of globalization (for example, jobs or climate change) in isolation, but treating the topic as a whole. Further, it makes suggestions to improve the process. The whole world is in flux. To a degree, change is inevitable. If globalization has its flaws — and it does — it has enormous potential as well. How do we preserve the best of these and avoid the worst.

"This is a book recommended to the thoughtful reader, curious for knowledge and a chance to think deeply about possible the most important, if often misunderstood and sometimes distorted and abused, phenomenon in the world today." — Don Wallace, Jr., Professor of Law at Georgetown University Law Center and Chairman of the International Law Institute

"This is an important study, presented in a clear, often conversational style. Professor Fischer has succeeded in bringing us up to date on so many aspects of globalization, and his itemization of those aspects is valuable in dispelling over-optimistic expectations while at the same time underlining the need to move ahead. He deals with globalization in a scholarly and clear-minded work which deserves to be widely read and widely consulted." — Professor Sir David Williams, QC, Fellow of Emmanuel College, Emeritus Vice-Chancellor of the University of Cambridge

"What's Wrong with "Globalization"!? has much to recommend it, and succeeds on several levels. The subject of globalization raises a remarkable number of issues and considerations. They range from social issues such as labor and health standards, to international institutions such as the World Bank, and must be considered in the context of the tension between national and international interests. Globalization is not a simple subject, but this book organizes and addresses the relevant issues in an orderly and well written package. If one is interested in a specific globalization issue such as the environment, a well written summary can be found in the book. If one's focus is on the global flow of capital and investments, or in broad trends of international trade or in the future of globalization, they are all covered in this book. The approach is not even-handed, but also puts those many issues into a broader, overarching framework that such a complex subject deserves." — Theodore Collins, Counsel, Perkins Coie, Seattle; former General Counsel of The Boeing Company

"Thom Fischer's is one of the few books about globalization that cover the subject in a truly global approach without losing sight of details of the many facets of globalization. This very timely book describes the successes and shortcomings of a work in progress with examples from all four corners of the world, thereby making a strong case for continuing on the road toward globalization and more international cooperation. It should be required reading for those who, in this time of global economic and financial crisis, promote national-state isolationistic policies." — Juergen R. Ostertag, Partner, Pryor Cashman LLP, New York City

"This book is a magisterial special pleading in favor of globalization properly understood. It is based on a dazzling array of facts designed to prove the essential interconnectedness of global economic players generated by unprecedented and irreversible growth of the forces of cross-border investment and commercial integration. Fischer's voice deserves to be heard." — Dr. Siegfried Wiessner, Professor of Law and Director, Graduate Program in Intercultural Human Rights, St. Thomas University School of Law