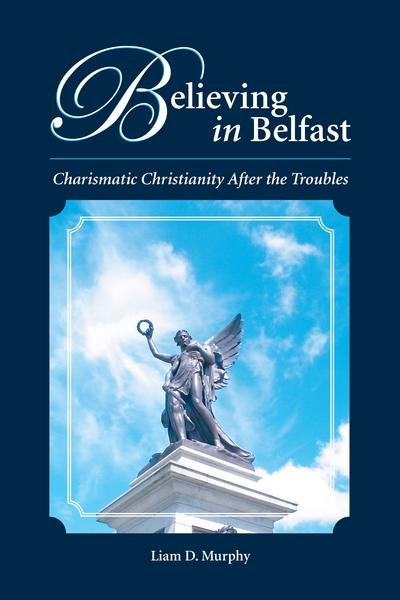 Charismatic Christianity After the Troubles

Believing in Belfast: Charismatic Christianity After the Troubles explores the charismatic movement (a popular form of religious belief and expression around the world) from an anthropological vantage. Based on extensive ethnographic fieldwork, Liam D. Murphy draws on the life histories and cultural experience of various "new" congregations and prayer-groups to paint a portrait of Belfast's religious landscape in the wake of peace accords and political breakthroughs. The book documents the shifting fortunes, across several centuries, of charismatic practice in relation to political and ecclesiastical culture in the region. It also shows how the diverse tendrils of the contemporary charismatic movement articulate a latent ambition among Belfast's "post-Troubles" middle and professional classes to express new forms of cultural identity.

Specifically, Believing in Belfast makes the case that charismatic religion embraces the modern "globalizing" world while simultaneously retaining core elements of those same religious traditions that have contributed to Northern Ireland's long history of social division and violence.

Believing in Belfast has been written both for scholars and an educated, non-specialist audience in a lively, narrative style. It contributes both to the anthropology of Northern Ireland and to scholarship concerning transnational religion in twenty-first century. In cutting across the scholarly domains of anthropology, social history, religion, and politics, the text should prove attractive as for course adoption in a number of disciplines, including anthropology, European studies, religious studies, cultural studies, sociology, and theology. In addition, the book will appeal to readers interested in the character of modern, transnational religion, and its sundry effects and significances (political, cultural, and otherwise) on the international stage.

"Based on detailed ethnographic fieldwork and extensive documentary research, the book is an original, fascinating, and insightful contribution to a subject area all too often bereft of this approach. An important addition to the debate on whether there is a correlation between the growth of modernity and the decline of religion. Summing Up: Highly recommended." — CHOICE

This book is part of the European Anthropology Series, edited by Pamela J. Stewart and Andrew Strathern, Department of Anthropology, University of Pittsburgh.