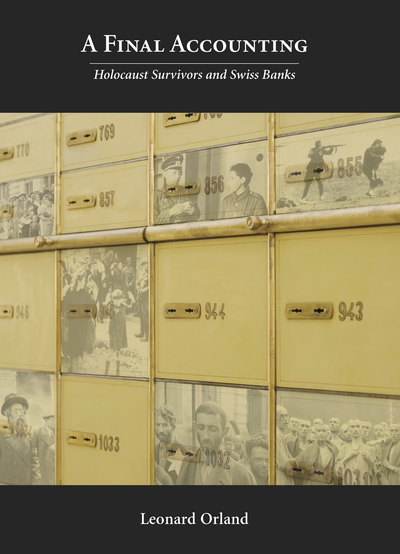 Between 1939 and 1945, the Nazis murdered six million Jews in the Holocaust and looted Jewish assets currently valued at between $230 billion and $320 billion. As Hitler's power grew, many Jewish families and businesses took advantage of the promise of secrecy and protection and deposited their funds in Swiss banks. For over half of a century, these funds remained in Swiss banks, protected by a veil of Swiss banking secrecy, concealed by coordinated bank obfuscation. In 1996 and 1997, Holocaust survivors' class actions lawsuits against leading Swiss banking institutions were assigned to Chief Judge Edward R. Korman, who has written an introduction to this volume.

In 2000, Judge Korman approved an historic settlement of $1.25 billion. Judge Korman's opinions were affirmed on seven occasions by the Second Circuit. Judge Jose Cabranes, who has written a preface to the volume, was a member of each appellate panel. A Final Accounting introduces, organizes, explains, and evaluates this complex litigation, frames the case in a larger historical and jurisprudential context, and examines the limits of court awards as an instrument to rectify horrific wrongs.

In his preface, Judge Cabranes writes:

"Leonard Orland, [has provided an] … informed account of the epic litigation and settlement of the claims of Holocaust victims against Swiss banks. He has written a clear-headed and sympathetic account based on an intimate knowledge of the record of these extraordinary cases, which ended by bringing a measure of justice to victims of Nazi murder and plunder and the denial of their rightful claims by Swiss financial institutions. In successive chapters, he presents a concise history of Nazi depredations and Swiss denials of responsibility for accounts maintained by victims of the Holocaust, and of the litigation in American courts to vindicate long-ignored claims.

"Professor Orland's account permits a reader to understand the claims asserted in this massive litigation as well as the unique role of the American judicial system in managing and resolving human rights class actions. This important and praiseworthy book will deserve the attention of students of the American justice system, and of the persistence of memory of the Holocaust, for generations to come."