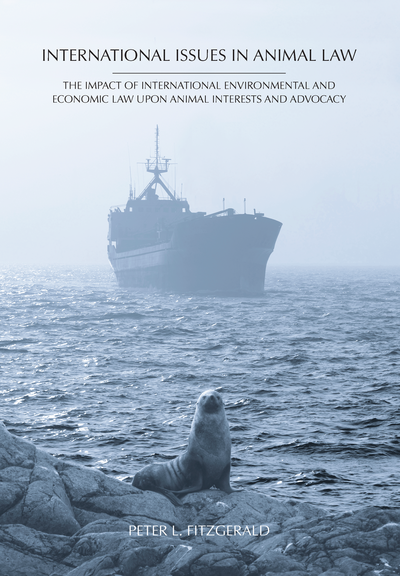 Addressing the interests of non-human animals in an era of globalization requires consideration of a wide range of international influences upon domestic case law, policy, and legal doctrine. International agreements and decisions affect much more than simple cross-border transactions in animals or animal-related products and can also impact what individual countries may or may not do internally to address animal cruelty, health, consumer protection interests, cultural preservation, conservation, species preservation, and a host of other issues in their national laws and regulations.

For the first time, materials from a variety of sources are brought together in a single volume which permits instructors and students to focus directly on the complex interaction which occurs between domestic animal law and various international regimes. Key multilateral environmental agreements, such as the Convention on Biological Diversity, the Convention on Trade in Endangered Species, and the International Convention on the Regulation of Whaling, are all considered. The General Agreement on Tariffs and Trade, and the WTO's Sanitary and Phytosanitary Measures Agreement, and its Technical Barriers to Trade Agreement are also examined to illustrate that international economic law is no less significant in shaping domestic animal measures than are the more well-known environmental agreements. Additionally, efforts to advance animal interests through regional law, nonbinding international standards, or grass-roots efforts such the proposed Universal Declaration on Animal Welfare are also explored.

Accordingly, International Issues in Animal Law can serve either as the basis for a stand-alone course, or as a supplement for those who wish to add more of an international emphasis to other course offerings.

A comprehensive Teacher's Manual is available for instructors, with numerous cross-references and links to additional resources which makes teaching these materials easy—and fun—even for those with no prior background in the field.

"Fitzgerald's book provides a much-needed text that bridges the gap among animal, environmental, and international law texts focusing on the unique issues and challenges raised at the intersection of these three areas of study and practice. […] While the book primarily is designed as a text for classroom use complete with an incredibly helpful Teacher's Manual providing extensive information and additional resources to supplement the readings in the text, it is also suitable for the advocate looking to become more acquainted with international animal law issues. […] In this book, Fitzgerald admirably meets his stated goal of facilitating more effective animal advocacy domestically and internationally." — Joan Schaffner, Journal of Animal Ethics