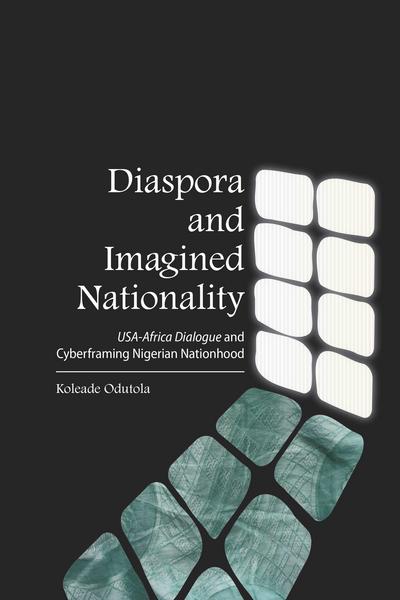 When Africans dialogue with citizens of the United States of America, the continent in its parts through the perspectives of nationals engage each other in conversations. The conversations flow like streams in many directions yielding fruits of different sorts. It is possible for a systematic observer-researcher to fish out important themes and ideas. This book, Diaspora and Imagined Nationality: USA-Africa Dialogue and Cyberframing Nigerian Nationhood, traces the hegemony of Western ideas in postings and conversations online. In the process it frames Nigeria's presence online as a postcolonial nation (or nation space) through various communicative activities of citizens at home and in the diaspora. These communicative activities and political activism have led to a wide range of scholarly interrogations and interventions in media, communication, and migration studies against the backdrop of globalization, democratization, and modernization theories. It has been amply documented that communication and social interaction produce ideas that can be evaluated along the lines of deliberative democracy. These approaches have produced outcomes without the benefit of the complex debates, dialogues, and disagreements that come with popular participation and creation of variegated knowledge by a collective. As part of the conclusion, the study posits that the concept of nationhood is not fixed but is a symbolic construct that evolves through unstructured conversations, sharing, and intense debates.

This book navigates the unstructured virtual terrain of dialogues, debates, and seas of information available online. One of the objectives of this book is to bring together the multiple voices and transitions of individuals who left their home-countries to new host-communities by attending to one of the fruits of this technology-driven mode of communication and knowledge production. Diaspora and Imagined Nationality does not pretend to be a universal representation of all Nigerians in the diaspora; it instead focuses on what a small group of intellectuals of African descent and their friends talk and gripe about, and how these themes affect the larger collective.

"The world wide web's impact on global communication has been phenomenal and it is becoming increasingly more so as technology advances. As a result of this, institutions and individuals are able to share ideas on the internet. The Nigerian Community is not immune to this activity and this brilliant book examines various issues that are developing from online discussions amongst Nigerians in the diaspora. Thus, Odutola explores how and why the notion of National Identity plays a significant role in online conversations. For him, Cyberframing Nigerian nationhood has created a radical new way of discussing the idea of the Nation as it has also allowed marginalised communities and people to (re) tell their own stories and create their own concepts of National identity without fear of being subjugated or challenged by dominant groups. Since the issue of National identity is now in cyberspace, it allows for endless definitions and discussions of this already complex concept and raises such question like 'Whose National Identity is it anyway?' Overall, it is remarkable to see how communities in the diaspora have found their voices in their new 'imagined spaces' on line to make ideas, discussions and projects become real." — Ekua Andrea Agha

"Among other things, information and telecommunications technology has made it possible to expand the meaning of community without propinquity. This book shows that despite the ongoing Diasporization of Africans as a result of the world's most recent encounters with globalization, epistemic communities are in formation. These communities are composed of people who remain concerned about their countries of origin, and those who study those countries, engaged in conversation with people located there on matters of common concern and interest. The book in particular, considers the nature, forms, content and meanings of conceptualizations of nation, as well as discourses of nationalism by Nigerians at home and abroad, and consequences of these discussions and debates on clarifying what it means to be a nation. It is well-researched, thought-provoking, and constitutes a significant contribution to Nigerian, African, and Communication Studies." — Mojubaolu Olufunke Okome, Professor, Brooklyn College CUNY

"A wonderful read! One of the most original contributions to the cutting-edge body of work on netizenship and the public sphere in Africa. Theoretical acuity meets narrative savvy in Kole Odutola's brilliant study of the impact of the USA-AfricaDialogue listserv on African studies. This book should be read and reread by all lovers of Africa and knowledge!" — Professor Pius Adesanmi, Winner, the Penguin Prize for African Writing

"Koleade Odutola's recent book provides an essential scholarly contribution to two areas of digital humanities that one can argue are still under-theorized—Africa's digitalscape and its relationship with the post-colonial emigres living in the West." — Africa: Journal of the International African Institute

"[A]n essential scholarly contribution to two areas of digital humanities that one can argue are still under-theorized—Africa's digitalscape and its relationship with the postcolonial emigres living in the West." — Journal of Africa

Featured in The Nation Online, December 2014