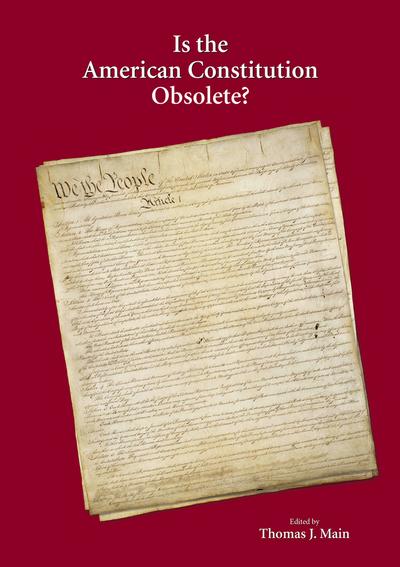 Is the American Constitution Obsolete?

Americans revere their Constitution but are disturbed by growing signs of political dysfunction. We have placed in the White House candidates who have not won a majority of the popular vote. In this time of war, fears of an imperial presidency persist. Gridlock prevents reform in arms control, immigration, and other vital areas. An economic crisis generates fears that the system may not be able to respond effectively. Can we solve the problems we face under the current Constitution or does the 21st Century call for a new Magna Carta? These questions are debated by a group of distinguished contributors that includes: Akhil Amar (Yale Law School), Mark Tushnet (Harvard Law School), Stephen Macedo (Princeton University), Larry J. Sabato (University of Virginia), and others. Among the topics debated here are: does the Constitution encourage gridlock?; judicial review and democracy; an imperial presidency; and race and the Constitution. Is the American Constitution Obsolete? is the most comprehensive one-volume debate on the pros and cons of our basic law and is ideal reading for courses that cover the Constitution.

"[T]he contributors […] provide nuanced interpretations of the Constitution and the causes of contemporary political woes. While none of the contributors call for the Constitution, as William Lloyd Garrison did, to be 'immediately annulled' (p.11), the volume does encourage us to view the Constitution with less reverence and, instead, with more reason—a practical guide for democratic governance. Because of the focus between constitutional design and political problems, historical institutionalists will find much in this book. …[This] volume would be an appropriate text for upper-division seminars exploring the relationship between constitutionalism and political problems." — Michael A. Dichio, The Law and Politics Book Review