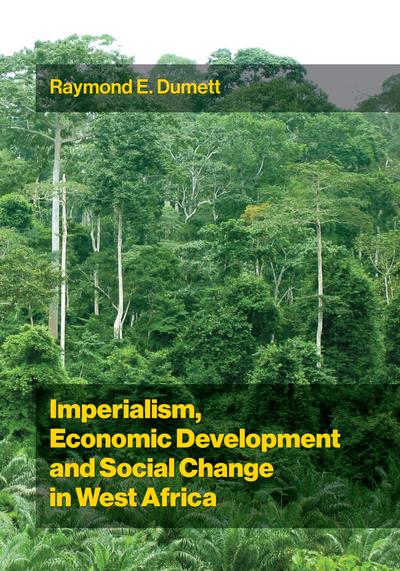 The essays in this volume, drawn from articles in scholarly journals and book chapters by the author over the years, cover a wide variety of topics in African economic and social history as well as on British imperial policy and colonial administration. Concentrating on Anglophone West Africa, with special emphasis on the Gold Coast and Asante, the author investigates the complex interactions between, African production systems, overseas trade and entrepreneurship, against the backdrops of an expanding capitalism and the impact of colonial rule on indigenous economic, political and social structures.

Rather than view colonialism simplistically as the obstacle in indigenous economic development, these studies underscore African leaders and entrepreneurs as forces for change in their own right, sometimes interacting with, and at other times resisting, modifying or cooperating with European encroachments. A number of the essays in this collection apply theoretical models and methodologies — including the use of African oral data — derived from other disciplines to the writing of history. This aim is reflected, not only in the subjects selected for investigation, but also in the variety of interdisciplinary journals where these articles first appeared. Challenging problems of use to students and scholars are raised for debate, including the validity of the Marxist 'slave mode of production' model; the nature of African traditional slavery and abolition; the development of forest products; African traditional gold mining; the impact of the liquor trade on African societies; the financing and effectiveness of colonial railways; the failure of colonial agricultural projects; and the strengths and weaknesses of programs for medical research and disease prevention in West Africa in the early twentieth century.

"...[T]his book is a timely publication, bringing attention to some of Dumett's lesser-known work and reinserting older work into contemporary historiographical debates. Dumett's text will be incredibly helpful for historians of Ghana or anyone interested in the history of imperialism, trade, and economic development in Africa." — Jennifer Hart, Wayne State University