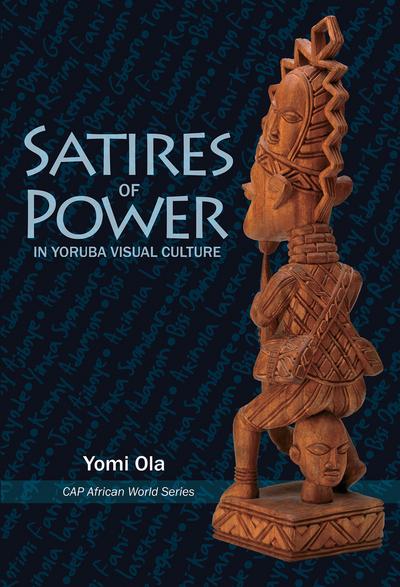 Yoruba artists have long employed the visual arts to criticize dictatorial and ineffectual governments. This book examines satires of power in Yoruba visual culture from the precolonial to the postcolonial periods of Nigerian history. Prior to the imposition of British colonial rule between 1893 and 1960, there were manifestations of parodies of power in the Yoruba satirical masking as well as in the carvings of some of the leading artists of the era, including the renowned Olowe of Ise, who worked predominantly for many kings in southwestern Nigeria. By the 1940s, Yoruba artists began to use the Western modernist media of editorial cartooning and photography as tools of social and political commentary. This text explores the visual commentaries on colonialism by Akinola Lasekan and the critiques of postcolonial military and civilian leaderships conceived by prominent cartoonists such as Kenny Adamson, Josy Ajiboye, dele jegede, Bisi Ogunbadejo, Boye Gbenro, and Tayo Fatunla. And in the global arena, the book further explores the triad of identity, power, and parody in the postmodern photographs and installations of Rotimi Fani-Kayode and Yinka Shonibare, two London-based artists of Yoruba descent. While this book complements previous studies of satire among the Yoruba as an aspect of ritualized performance traditions, it departs from such studies by exploring its appropriations in secular spaces of contemporary visual culture.

"In original, compelling arguments, Ola considers both direct and oblique influences that the Yoruba trickster deity Esu has had on specific works by each artist. Summing up: Recommended." — CHOICE Magazine