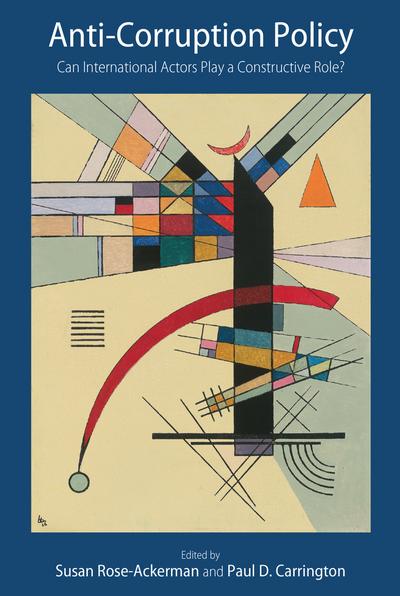 International organizations routinely incorporate anti-corruption efforts into their good governance programs. An OECD treaty outlaws the bribery of foreign public officials, and the United Nations has promulgated a broad-based anti-corruption treaty. The arbitral system for international dispute resolution increasingly confronts allegations of corruption. Scholars are beginning to document the costs of corruption for the citizens of developing countries and for the integrity of international business dealings.

The editors, Susan Rose-Ackerman and Paul D. Carrington bring together a diverse group of authors to evaluate these ongoing anti-corruption efforts and to consider whether new directions are warranted. After Rose-Ackerman’s introduction, contributions by World Bank staffers summarize the promises and challenges of good governance programs in International Financial Institutions. The next section deals with other international actors, such as civil society, business, and the media. One chapter questions whether democracies will invariably support the anti-corruption agenda. The volume then considers the strengths and weaknesses of existing anti-corruption treaties and assesses the role of the Financial Action Task Force. The last section confronts the overlapping roles of public and private law in the control of transnational bribery. Chapters discuss the World Bank’s sanctioning system and the status of contracts tainted by bribery, especially ones that are the subject of international arbitration. The volume concludes with Carrington’s proposal for expanding international private law remedies for fighting corruption.