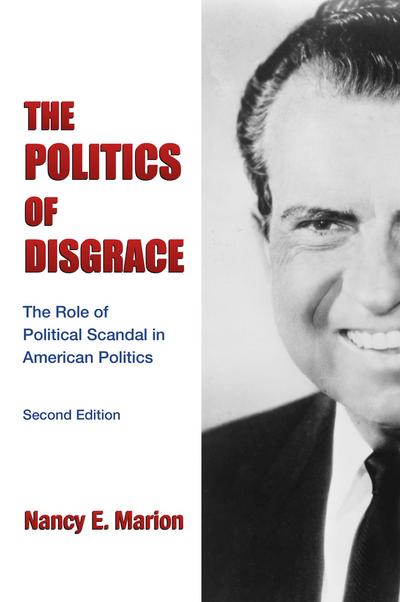 The Politics of Disgrace

The Role of Political Scandal in American Politics

Since the beginning of our nation, dishonorable behavior has plagued many elected officials, resulting in rumors, gossip, and political scandal. Such behavior has impacted the political careers of those directly involved, as well as those with any kind of direct or indirect connection to the involved parties. This book examines political scandals in US government over time, beginning with founding fathers George Washington and Thomas Jefferson, and ending with the current presidential administration of Barack Obama. Scandals are analyzed on the national, state, and local levels, and include executive, legislative, and judicial scandals. Additionally, the text examines the role of the media in both publicizing a scandal and investigating the facts behind gossip and rumors to uncover scandal.

The second edition of the book includes updates on recent scandals that have surrounded politicians (e.g., Anthony Weiner, Mark Sanford, and Chris Christie's "Bridgegate"). Updates are also provided on scandals surrounding the Obama administration, including the "Fast and Furious" scandal and the events of the Benghazi attack. A new chapter in the book analyzes the scandalous behavior of state and local officials such as Governor Blagojevich from Illinois. The book is written in a style that is easy to read, with key events and personalities highlighted throughout the chapters. Chapter outlines are provided for each chapter, as well as review questions, a list of key terms, and discussion questions. After reading the book, readers will have a better understanding of not only the individual scandals, but also the impact these scandals have had on the political careers of the leaders who have been elected to serve our country.