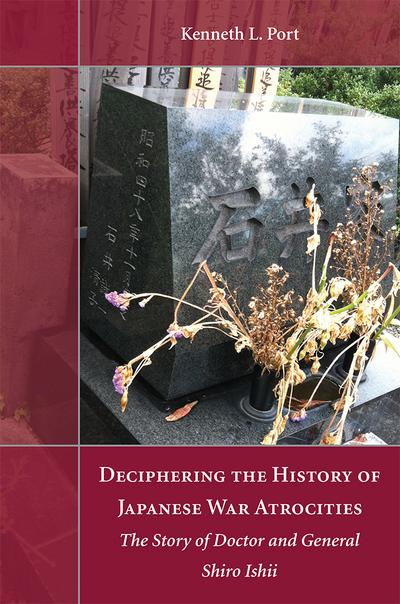 The Story of Doctor and General Shiro Ishii

Most people know of the atrocities committed by the Japanese in World War II. From Harbin, China, Shiro Ishii unleashed unspeakable horror on the Chinese people while planning biological weapon attacks should the U.S. land on the mainland of Japan. This book is a thorough explication of the life, death and aftermath of Shiro Ishii in historical context. This book includes many heretofore unknown facts and original photos. As a biography of Ishii, the book describes a narrative of World War II and the Occupation that is shocking and original.

"A tour de force of research and analysis! Port refuses to let the horrors of Unit 731 and the role of its demonic founder, Col. Shiro Ishii, fade from the collective memory of Japan." — Gerald Paul McAlinn, Professor of Law, Keio University Law School, Tokyo, Japan

"Ken Port pulls back the veil on one of the most notorious and odious Japanese wartime villains — Shiro Ishii, the man who established and supervised Unit 731 in Manchuria where vivisection and biological war experiments were conducted. After demolishing various myths about Ishii, Port reveals that he is from a family belonging to a still influential shadowy elite. The most damning part of this scoundrel's tale implicates the Emperor in sponsoring his work and Truman for letting him off the hook." — Jeff Kingston, Director of Asian Studies, Temple University Japan