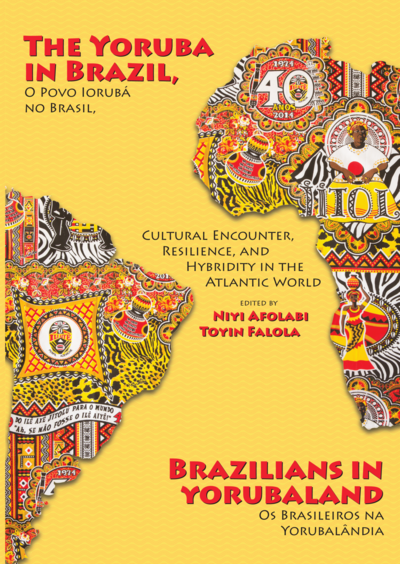 The Yoruba in Brazil, Brazilians in Yorubaland: Cultural Encounter, Resilience, and Hybridity in the Atlantic World

The Yoruba in Brazil, Brazilians in Yorubaland

Cultural Encounter, Resilience, and Hybridity in the Atlantic World

The Yoruba in Brazil, Brazilians in Yorubaland focuses on multivalent manifestations of the Yoruba Atlantic. Unique in its examination of an African ethnic group that was implicated in the transatlantic slave trade and that subsequently made the diaspora home (or through other forms of migration returned to the continental "homeland"), this volume argues that despite traumatic encounter with modernity and resilience, the Yoruba Atlantic may be under erasure due to the exigencies of globalization. What we call Yoruba Atlantic today is indeed a hybridized identity. Through colonialism and slavery, historical realities are appropriately anchored in the quest for a Yoruba diaspora, and yet are compounded by the new, shifting migration patterns out of the Yorubaland in the search for greener pastures in a globalized world. The contributors assert the vitality and unity of this group while complicating those same essences through multiple crossroads of shifting historical, cultural, political, and spiritual agencies.