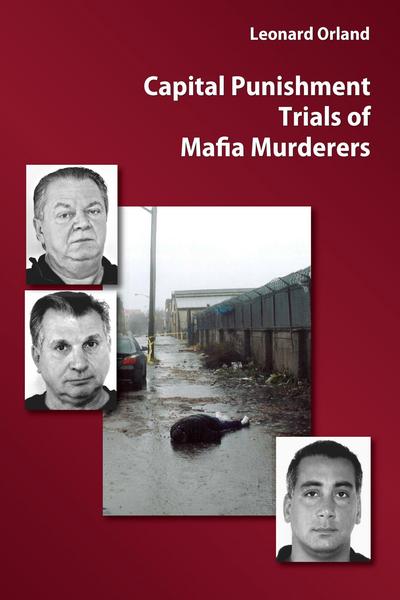 Based on the author's review of thousands of pages of trial testimony and briefs, this unique book explores the capital punishment trials of two Mafia murderers. Both were convicted based in large part on the testimony of other Mafia murderers who cooperated with the government. In both cases, the juries declined to vote for capital punishment. The book enables readers to understand and evaluate the American system of criminal justice through an examination of how complex federal criminal trials are conducted. The book also explores several important policy issues: How should a capital punishment jury be selected? How should the federal government decide which defendants should face a capital punishment trial and which defendants, facing capital punishment, should be rewarded if they cooperate and testify against other murderers? A unique feature of the book is an appendix containing the primary legal documents — jury questionnaire, indictment, jury instructions and legal and constitutional opinions. This would enable students, whether undergraduate or law school, to use the book as a casebook or as supplemental reading in a variety of courses — criminal law, criminal procedure, federal criminal law, and capital punishment.

"Professor Orland skillfully takes us on a journey to a fascinating, highstakes corner of the criminal justice world: the use of cooperating witnesses to convict some of the most treacherous criminal defendants ever prosecuted, and whether those defendants should be put to death for their crimes. It's a great read, for experts and novices alike." —Alan Vinegrad, partner, Covington & Burling LLP; former U.S. Attorney for the Eastern District of New York

"Orland poses some of the most vexing questions presented by the use of highly culpable cooperating witnesses: when should one murderer go free because he helped convict another who will now be sentenced to death? Orland points out the opaque nature of the prosecution decision to enlist and reward a highly guilty cooperating witness. While no one disputes the need for such witnesses to prosecute organized crime, we do not know the dealing that rewards one murderer with clemency while another faces the death penalty. Through specific example Orland demonstrates the acute balance between judge, jury, prosecution and defense in framing the final decision of death penalty." — Timothy Fisher, Dean and Professor of Law, University of Connecticut School of Law

"The book is a virtual tool box for understanding the provacative issues of relative culpability of cooperators and defendants where a life hangs in the balance…[T]he book is not just a tantalizing collections of tidbits. It raises important questions about inducements to cooperate that are offered to individuals who may have engaged in crimes more numerous and heinous than the charged defendant…An easy read for anyone seeking an introduction to these serious topics. It also is a great resource for anyone taking a deeper dive into the subject, especially those who would benefit from having primary source material ready at hand." — P. Kevin Castel, The New York Law Journal