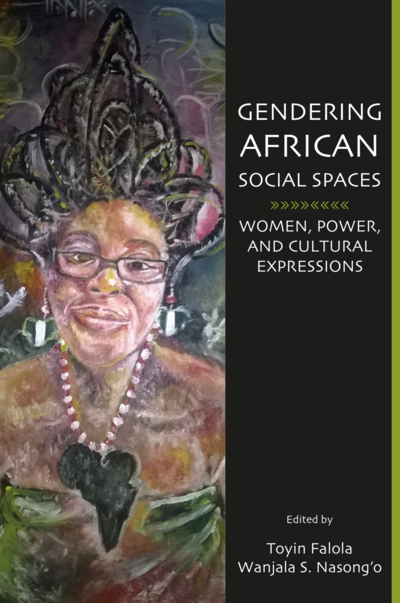 This collection focuses on the role of gender in African social spaces. It is noteworthy that, at one time or another in the past, many societies were essentially patriarchal in nature. The dynamic of women’s empowerment is thus a pertinent issue in the contemporary world. In this book, gender empowerment and the notion of gendering social spaces are approached broadly. The social spaces addressed range from the political arena to socio-economic spheres and church leadership, as well as spaces for artistic expressions.

Accordingly, the editors have divided Gendering African Social Spaces into four parts. The first focuses on the issue of the politics of women’s empowerment with particular reference to activities in the political and policy-making spaces in Africa. Part Two deals with women’s marginalization, victimization, and violent abuse, along with the special treatment of women with both physical and mental disabilities. Part Three of the book takes on the issue of gender and artistic expressions with a view to assessing the contributions of women to creativity. Part Four rounds out the book with a focus on the role of women in church leadership, with particular focus on Pentecostal churches in Nigeria.

The chapters in this book are written by scholars, academics, and practitioners from multiple disciplinary perspectives including the social sciences, humanities, and the natural sciences. This collection is thus rich in interdisciplinary and multidisciplinary frameworks.