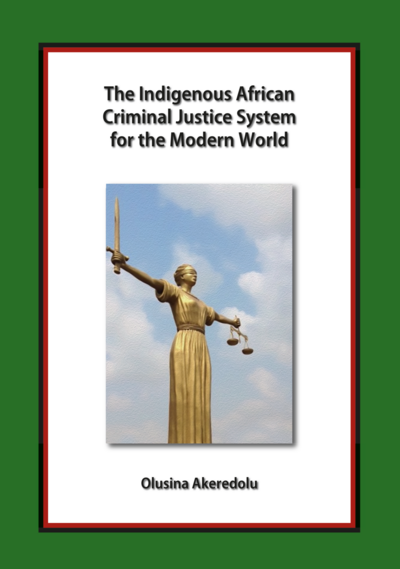 The Indigenous African Criminal Justice System for the Modern World

The Indigenous African Criminal Justice System for the Modern World

This book showcases the uniqueness of traditional African criminal justice administration and customary dispute settlement mechanisms in civil, criminal, land, marital, succession, and inheritance matters. It covers the criminal justice system in the African empires and early kingdoms and continues up to the present time in the context of African religions and traditions, Islam and Sharia law, and Christianity. It critically examines how post-colonial African leaders and the military handled the issues of human rights in areas such as detention, granting of bail, prosecution, and sentencing. Other chapters include discussions on the travail of the Niger Delta minority people of Nigeria, the different approaches of African countries toward the death penalty, the role of the media, labor unions, and the status of women within African traditions.