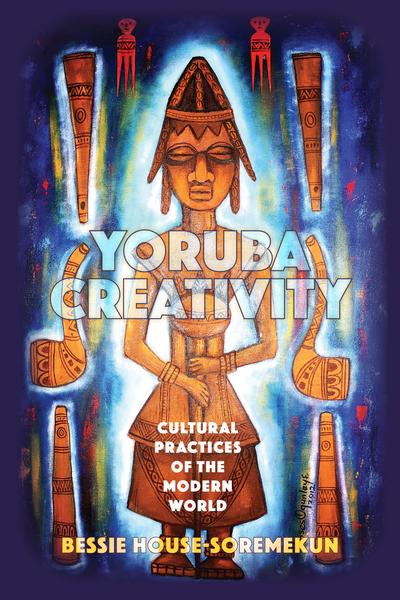 Cultural Practices of the Modern World

Yoruba Creativity: Cultural Practices of the Modern World provides an interdisciplinary analysis of the multifaceted contributions of the Yoruba, one of the largest ethnic groups in Nigeria. It skillfully interrogates the epistemological foundations of the development of the cultural values, ethos, and survival strategies of the Yoruba from the pre-colonial era to the present day. It presents a compelling examination of the role of Yoruba memoirs in the social construction of memory and identity, as well as the cultural basis of marriage, mothering, and the critical role of the family unit in Yoruba society.

Also, the book discusses the crucial role of men and women in entrepreneurship and economic development and the numerous factors that have influenced their participation in trade activities. It presents a cogent analysis of the critical institution of the Monarchy in the past and present, as well as the important role of the institution of the chieftaincy. Using a multi-layered methodological approach, including a lived historical perspective, the author recounts the process through which she also became Yoruba through the conferment of three chieftaincy titles each on her and her husband, the highest of which was presented to them by His Royal Majesty, King (Oba) Michael Adedotun Aremu Gbadebo, the Okukenu IV, Alake and Paramount Ruler of Egbaland.

Yorùbá Creativity is a masterful book! This book provides a most comprehensive, inclusive assessment of the expansion of black business activity (local, regional, national, and international) in West Africa, particularly in Nigeria, a country that was colonized by the Europeans. Yet, interestingly, there were a few Yorùbá women who profited from international trade with the Europeans, especially the British. Invariably, some of these women had ties through their chieftaincy status to members of the Yorùbá Royal Family. While some of these women were born in Yorùbáland and were granted chieftaincy titles by the Kings (Obas), others such as Chief Bessie House-Ṣórẹ̀mẹ́kún, who was born in America, became Yorubized through marriage and the conferment of 3 high Chieftaincy titles on her, one of which was conferred by a Yorùbá King of Egbaland. She is the eminent political scientist, scholar, and author of this book, who has acquired a high status in Nigeria and has become a valued member of the King's inner circle of advisors.
— Juliet E.K. Walker, Professor Emerita of History, The University of Texas at Austin

Chief House-Ṣórẹ̀mẹ́kún has given us a tour-de-force ethnographic study on Yorùbá institutions of kingship, chieftaincy, marriage, and entrepreneurial culture of Yorùbá men and women. In doing so, she has equally documented her personal, spiritual and academic journey to becoming Yorùbá. Yorùbá Creativity sits comfortably on the shelf with Toyin Falola's Yorùbá Gurus and Akin Ogundiran's The Yorùbá: A New History."
— Niyi Afolabi, Professor of Yorùbá Studies, The University of Texas at Austin

Yorùbá Creativity is a landmark book on contemporary Yorùbá society. Through meticulous research that employs the approaches of critical autoethnography, cultural history, and political sociology, Bessie House-Ṣórẹ̀mẹ́kún has given us a new framework for understanding the agency of the twenty-first century Yorùbá elite, intellectuals, and common people in the making and remaking of their cosmopolitan world. This insider perspective is a brilliant contribution to modern Yorùbá intellectual and social history."

— Akin Ogundiran, Chancellor's Professor, The University of North Carolina at Charlotte, Author of The Yorùbá: A New History

In Yorùbá Creativity, Bessie House-Ṣórẹ̀mẹ́kún makes an invaluable contribution to the rich repertoire of scholarship on Yorùbá culture and society. Unlike most works, the book adopts an innovative perspective that deftly mixes orality, memoirs, personal reminiscences and lived experiences along with interviews and the use of primary and secondary sources, to interrogate the complex character of Yorùbá culture. It is a nuanced trajectory of Yorùbá history and cultural practices, especially as related to epistemology, gender and womanism, family, entrepreneurship, kingship and chieftainship. This excellent book is indispensable, not only for scholars, but also for general readers interested in the multifaceted cultural and historical experiences of the Yorùbá."
— Adebayo Oyebade, Professor of History, Tennessee State University

Focusing on important themes in the experience of the Yorùbá people — one of Africa's most notable ethnic groups — Yorùbá Creativity, is brilliant, riveting, engaging, and wide-ranging. This distinctively interdisciplinary, historically grounded, and analytically rigorous book is an exceptional and timely addition to the extensive corpus in Yorùbá Studies."
— Olufemi Vaughan, Alfred Sargent Lee & Mary Lee Professor of African Studies, Amherst College