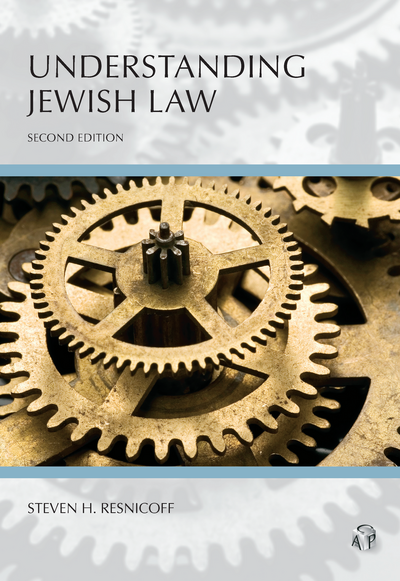 The second edition of Understanding Jewish Law includes new chapters that explore the unique processes involved in analyzing Talmudic texts, and the methodology employed in issuing definitive Jewish law rulings. These chapters compare and contrast the underlying goals and natures of American and Jewish law, as well as their principal substantive and procedural characteristics, including Jewish law's focus on duties rather than on rights and on the roles of confessions, judicial discretion, and equity.

This edition also updates, deepens, and develops all of the preexisting features that make the book an essential resource for any course or seminar in Jewish law. For example, it:

Understanding Jewish Law also includes appendices that provide a comprehensive listing of Jewish law materials, databases, and research available online (in both English and Hebrew); an extensive bibliography of Jewish law periodicals, books in English; an invaluable explanation of the diverse (and otherwise confusing) ways in which Jewish law terms are transliterated into English; a glossary of commonly used Hebrew and Aramaic terms; and much more.