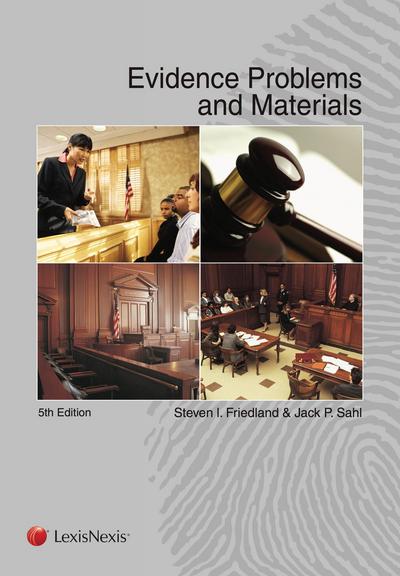 The rules of evidence can be effectively and directly understood through applied learning methods such as problem-solving. More than just a supplemental source of problems, Evidence Problems and Materials can be used in conjunction with the federal or state rules of evidence and their associated legislative history as an all-purpose guide to the rules of evidence.

Each section of Evidence Problems and Materials commences with a brief explanation of a particular area of evidence law, followed by problems to test understanding of the evidentiary rules and their intended meaning. Methods of presentation of the problems include:

The Fifth Edition includes new “practical tips” and “background boxes” material that help students apply the rules. Another feature is the outline at the beginning of each chapter to help students organize and synthesize the rules and related material. This edition also reworks much of the Confrontation Clause material, including Ohio v. Clark, 576 U.S.__ (2015), and Williams v. Illinois, 567 U.S. __ (2012).