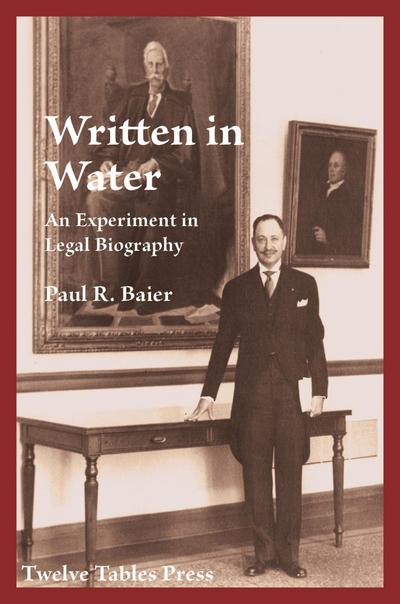 Frederick Bernays Wiener was a leading advocate of the Supreme Court Bar in the last century. Colonel Wiener argued, and won, cases that set the legal boundaries between the military and civilians, as well as between what is public and what remains private. No cases could carry greater social weight; ergo, few collections of papers could be more important. Written in Water is not the usual legal tome—it is a lively celebration of Frederick Bernays Wiener and his times and fulfills both halves of Horace's dictum: it charms, and it instructs.